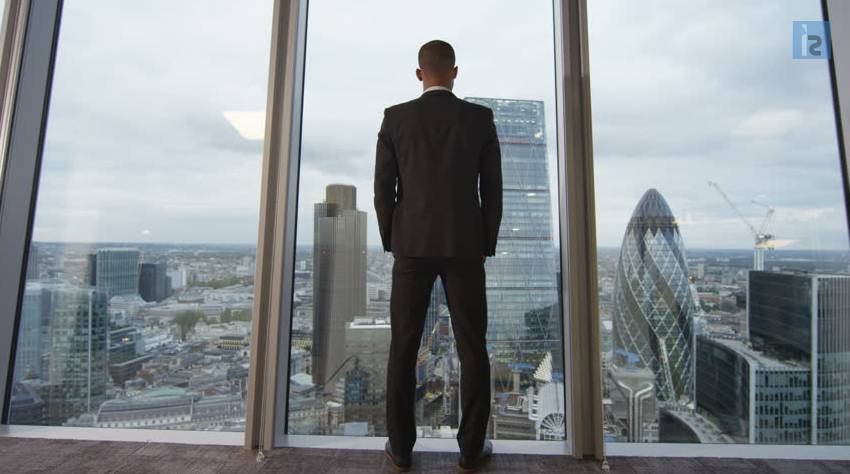 Some of the top business tycoons have created milestones and footprints of success to inspire millions. Many of them have started their business from a small room with the help of investors, endured hardships and also enlightened the business world with a vision of their own. They have fueled their businesses with experience, hard work, innovative skills, leadership, and taken them to unimaginable heights.
Let’s take a closer look at their professional journeys.

Jeff Bezos, a 54 years old American entrepreneur with net worth US$143.5 billion recorded in 2018, graduated with degrees in electrical engineering and computer science. Jeff is known as the founder of Amazon and Blue Origin (Aerospace Company) based on his passion of space travelling. He started his career in 1987 with Fitel followed by Bankers Trust in 1988 and D.E. Shaw& Co in 1990 to 1994. He founded Amazon in 1994 and Blue Origin in 2000 and today he is the richest person in the world.

William Henry Gates III or Bill Gates, with the age 62, is an American business tycoon held the positions of CEO, Chairman and Chief Software Architect during his career at Microsoft. His net worth is US$93.6 billion as on June 2018. Bill Gates along with his wife Melinda owns a world’s largest charitable foundation named as ‘Bill & Melinda Gates Foundation’ that works to save lives, improve global health and eliminate polio.
 At the age of 34, Mark Elliot Zuckerberg known as the youngest richest person in the world with net worth US$77.9 billion. He launched Facebook in February 2004 from his dormitory room and became the youngest billionaire at the age of 23. Zuckerberg could read and write Latin, French, Hebrew, and ancient Greek. On 24 May 2007, he announced Facebook platform for developers to create social applications that grew to more than 800,000 developers around the world.
 Warren Edward Buffett, Chairman and CEO of Berkshire Hathaway, is an American business tycoon born on 30 August 1930. He appreciated many new business ideas and became the most successful investor in the world with the net worth US$81.9 billion as on 12 July 2018. He is also known as ‘Oracle of Omaha’. He owns more than 60 companies that include Geico (insurer), Duracell (battery maker), and Dairy Queen (restaurant queue).
 Bernard Jean Etienne Arnault, the Chairman and CEO of LVMH Moët Hennessy Louis Vuitton SE (LVMH), is a French investor, business magnet and art collector who comes under the list of top richest persons and the top business tycoons of the world. His net worth is US$79.3 billion including $30.5 billion increased in one year with a megadeal to buy out nearly all of the Christian Dior. He supervises a chain of 70 brands that includes Louis Vuitton and Sephora.
 Michael Rubens Bloomberg of age 76 is an American business tycoon, philanthropist, author, engineer and politician as well. He worked at securities brokerage Salomon Brothers till 1981 and later formed his own a global financial services, mass media, and software company named Bloomberg L.P. and serves as Founder, Chairman and CEO of Bloomberg L.P. From 1996 to 2002, he served as chairman of the board of trustees at Johns Hopkins University and from 1st January 2002 to 31st December 2013, as the 108th Mayor of New York City. His frequently calculated net worth is US$52.4 billion.
 Carlos Slim Helu is a Maxican businessman born on 28th January 1940 who served as the CEO of Telmex, America Movil and Grupo Carso. He studied civil engineering and started his career in 1961 as a Stock Trader in Mexico. His net worth is US$66.7 billion and he also owns stakes in consumer goods, real estate companies, Mexican construction, mining and The New York Times.
 Elon Reeve Musk is a 47 years old American businessman who is the founder, CEO, and lead designer of SpaceX; co-founder and CEO of Neuralink; and co-founder, CEO, and product architect of Tesla. His net worth is US$19.9 billion. Before acquired by eBay, Elon has scored a huge payday as a co-founder of Paypal.
 Lawrence Joseph Ellison is a 73 years old American business magnet who serves as the co-founder, chief technology officer and executive chairman of Oracle Corporation. He is a licensed aircraft pilot and has two military jets of his own. In the beginning of his career, he worked at Ampex in early 1970s. He co-founded oracle in 1977 and his latest net worth is US$58.7 billion.
 7o years old Carl Stefan Erling Persson, is a Swedish Business tycoon with net worth of US$16.1 billion. He is the main shareholder and Chairman of Hennes & Mauritz (H&M), a fashion company, founded in 1947 by his father Erling Persson. He is also a stakeholder in Hexagon AB, a Swedish technology company. Rambury Invest is a real estate company privately held by Persson.
These top business tycoons offer a glimpse of hope to the world that with determination, hard work; dreams can be just around the corner.

Go Green! And Save the Planet

Self-Promotion – A Strategy for Perquisite of a Business