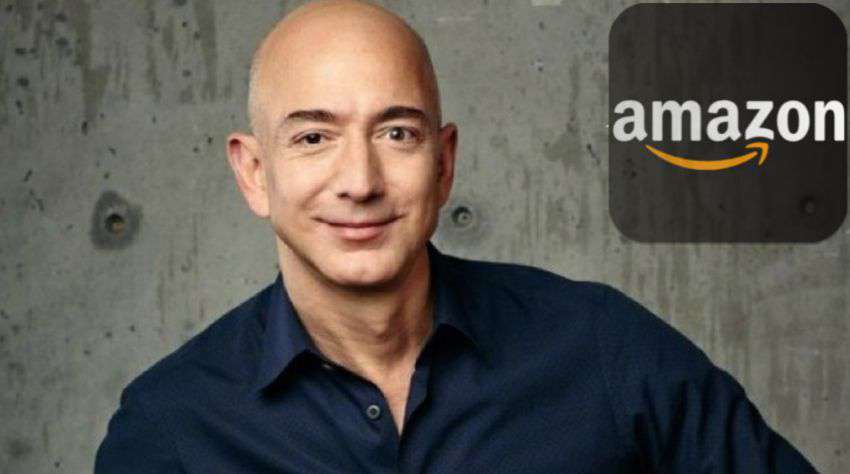 It is incomprehensible how today’s leading companies were founded. Today before starting any business, the aspirant businessman first scrutinizes all the successful leaders who have managed to build an infrastructure. Delving about the favorite CEO or founder keeps the young entrepreneur motivated. The indistinguishable characteristic found in every ideal person is their Vision. The vision to look into the future! The market or the technology trending today was predicted about a decade ago, by the current leaders. Today there are visionary entrepreneurs who are brawling against the current fashion to set up the new trends. Regardless of the difficulties they are facing, their belief in their idea or product is indestructible. A similar tale can be traced back to 90’s.
The Name Reveals it all
Jeff Bezos founded Cadabra on 5th July 1994. A year later after a lawyer misheard its original name as “cadaver” Jeff decided to change the name. He started searching a word in the dictionary which he can put for his company. He thus found ‘Amazon’ which means ‘exotic and different’ which is exactly what Jeff wanted his online store to be. Also, in an Interview, Jeff mentioned that as the river ‘amazon’ is biggest river of all, he wanted to make ‘amazon’ biggest in this field. Since June 19, 2000, Amazon’s logotype has featured a curved arrow leading from A to Z, representing that the company carries every product from A to Z, with the arrow shaped like a smile. While answering a question, he added, there are many things that can be copied from his company, but as McDonald became successful despite of its idea stolen by many, it became a million dollar brand, and so will be the ‘Amazon’.
At the inception, Jeff listed 20 products that could be sold over the internet; eventually he shortened the list to 5 products, which were- computer hardware, computer software, compact discs, videos, and books. When the time came to start with one product, Jeff choose ‘books’ as they were very cheap and ‘literacy’ being demanded by the whole world. Amazon’s sales were up to $20,000/week within first two months of launch, covering customers from all the 50 states of America and also customers from 45 different countries.
Unique Business Plan
Amazon’s business plan at the starting was unusual; it didn’t expect any profit for four to five years. This extreme slow growth made the stockholders to complain about the company for not being profitability fast enough to rationalize investing or to even outlast in the long-term. But, the dot-com bubble burst at the start of the 21st century which destroyed many e-companies in the process, Amazon survived against all the odds, and grew on past the bubble burst to become a huge player in online sales. It finally gained its first profit in the fourth quarter of 2001: $5 million, on the revenues of more than $1 billion. This profit margin, although it was extremely modest, proved to skeptics that Bezos’ unconventional business model could succeed. In 1999, Time magazine named Bezos the Person of the Year, recognizing the company’s success in the online shopping.
The Best Online Shopping Site
“When Amazon began 21 years ago, the strategy was to lose on every sale but make it up on volume,” said Larry Compeau, a Clarkson University professor of consumer studies. “It was building for the future, and the future has arrived. Amazon doesn’t have to seduce customers with a deal because they’re going to buy anyway.”
Today if someone thinks of starting a new online shopping website, the major problem will be; the already established eCommerce giants. But back at the origination of Amazon, there would have been a complete different set of problems. While dealing with trusted brands, people today are not afraid of online frauds or quality degradation of products. But to create such confidence among the customers was a real challenge for Jeff. Today, Amazon is listed as the Best Online Shopping Site in all the surveys.
-Vikram Suryawanshi

What are the U.S. customs import regulations?

What Bitcoin Is All About