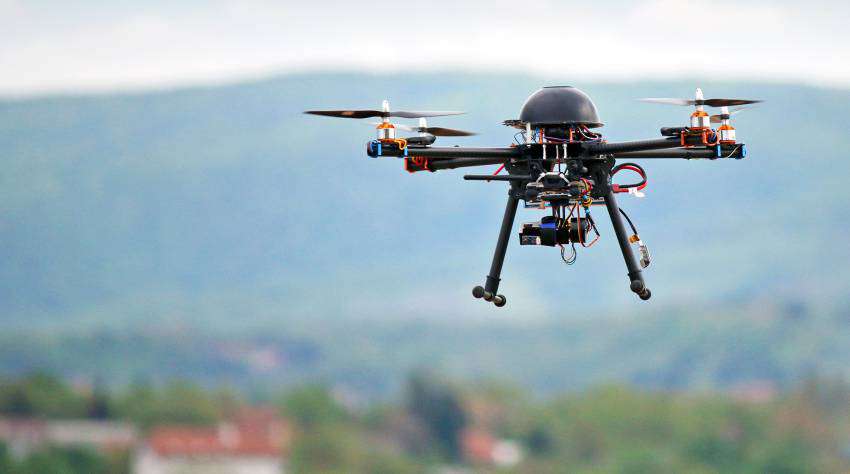 They are usually used in a predicament where human presence is accounted to be risky or difficult and can work for 24 hours and 7 days a week without being exhausted and provide all the activity details down on earth using images.

Drones are on their route to becoming popular tool-kits for shipping, law enforcement agencies, photographers, farmers, digital media, and many more briefed Snell, Intel Security’s Bruce in company’s annual threat report. He emphasized saying that many consumer drones lack the security system making it an easy prey for hackers to take control over it.

Drone jacking would be a new threat to human life affecting the peace of security officials generating an alarm for safety due to the increased number of drone usages.

Although taking over a kid’s drone may seem amusing and not that big concern, but would lead to severe problems with proliferated utilization.

Package delivery companies like UPS and Amazon are expected to use drones as their basic trading element for package deliveries – making it potential targets for criminals, commented by the reports.

Further adding that the drones carrying expensive things or components could flash to be easy targets to look for; allowing the criminals to purloin. International companies planning to make these drones as changing a phase of shipping would result in a major setback for the security of masses. As these can be seized with ease, one needs to take proper care while using them at domestic level.

Once these tool-kits become easy to access to mass, it is just the matter of time we will have creepy stories of drone hijacks popping up in the evening news, said the report.

The report also said, “Someone looking to ‘drone jack’ deliveries could find a location with regular drone traffic and wait for the targets to appear.” It also stated that cyber criminals will begin to use more sophisticated artificial resources or machine learning techniques and engage fake online ads.

Intel has expressed its concern over the drone usage and called it as ‘dark web’ following in 2017 and increase over the time.
There are other predictions made like a decline in so called ‘ransom-ware’ attacks due to improvement in defense, but the eventual increase in mobile attacks can be traced delegating cyber thieves to peculate bank account or credit card information.

Being primarily developed for a defensive mechanism, drones will prove to be a protective platform until adversaries make an effort to detour them.

Techies note down: Return of the Silicon Valley