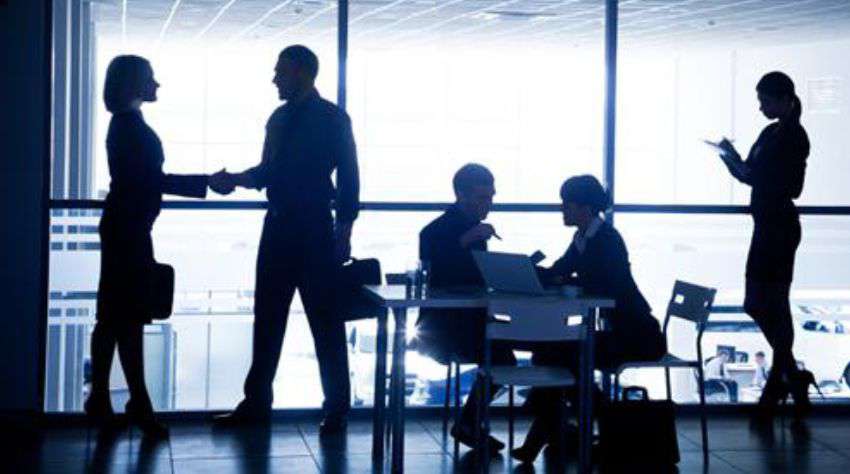 State official firms such as McKinsey & Co., & Boston Consulting Group are in the final weeks of drawing up plans for the future of the country, at the Al Khozama Center, Economic Transformation, in the working hub of Saudi Arabia’s.

Offices have been outfitted for government agencies at the Ministry of Economy, Planning has set up shop at the top of the building.

The Al Khozama Center in the heart of Riyadh, a new security checkpoint has been installed. A guard stops visitors to ask, “which ministry are you with?” Inside, the lobby is full of Saudis in traditional dress, expatriates in suits & ties, working on laptops, holding impromptu strategy, meetings on large leather sofas. Huge Arabic-language posters hang on the walls featuring buzzwords such as empowerment, ambition, change, rationalization, and sustainability.

The kingdom is bringing the consultants, just like a big company anxious to catch up with a changing world.

According to estimates from London-based Source Global Research, which tracks the management consulting industry, “Consultancies are set to earn 12% more in commissions in Saudi Arabia this year, the fastest growth among the world’s largest advisory markets. At $1.3 billion, the Saudi fee pool in 2016 will probably be 60% higher than it was four years ago.

According to Jodi Davies, general manager of Source Global in the Middle East, “The focus is on Saudi like never before, the opportunities for consulting firms are huge. Consultants are working to transform an entire country.”

The desert kingdom is responding to a crash in oil prices, which it helped create by trying to squeeze out higher-cost producers before the plunge deepened on China’s slump and Iran’s emergence from sanctions.

According to Riyadh-based Jadwa Investment Co., “as recently as late 2014, oil traded at over $90 a barrel, now it’s hovering around $35. The government of King Salman is cutting spending, delaying projects, tapping foreign reserves and issuing debt. as it takes on a budget deficit expected to reach about 17.8% of economic output this year.”

The government’s National Transformation Program will focus on ways to boost economic growth, create jobs, attract private investors and hold ministries more accountable according to people familiar with the plan. The strategy which could be due as soon as March follows measures unveiled last year to reduce subsidies and cut spending.

The Massachusetts Institute of Technology graduate has been with the firm for 18 years, the consultants at the Al Khozama Center was Gassan Al-Kibsi, a Yemeni national who leads McKinsey’s local office and its work with the Saudi state.

McKinsey has won a larger share of contracts with ministries than some other firms. ‘It’s identifying opportunities to cut costs and boost revenue, and working with the Ministry of Economy and Planning on large-scale projects,’ said the consultants, who asked not to be identified because the work is private.

According to McKinsey, “Saudi Arabia needs public and private investments of as much as $4 trillion to boost productivity and create jobs, and can’t afford to wait for oil prices to recover.”

According to Joerg Hildebrandt, the Boston-based firm’s managing partner for the Middle East,
“BCG’s Saudi business is showing “healthy double-digit growth,” and the company will hire more staff for the Riyadh office that opened in October.” At PricewaterhouseCoopers LLP, Waddah Salah, the firm’s Middle East consulting leader, says its Saudi office has taken on work for government ministries.

BCG is working with the country’s Public Investment Fund to help start a state-owned mortgage firm, similar to Fannie Mae and Freddie Mac in the U.S., to help develop a secondary market for home loans, people with knowledge of the plans.

According to Prince Mohammed, “the month of plans to raise domestic energy prices, privatize mining and tax cigarettes. Officials are also weighing plans to sell stakes in state-owned entities from hospitals to airports. Even Saudi Arabian Oil Co., the world’s largest oil company, known as Saudi Aramco, may be put on the block.”

According to Ben Hughes, Dubai-based director of capital projects at Deloitte, “There has been a huge flight of consultants to Saudi Arabia” from Dubai, “looking at all aspects of the economy,”

Further, he said in his office, “This is against the backdrop of lower oil prices, increased military spending, and a new ruler.”

Further Hughes added, “The oil crash is causing a lot of “stress” in the market, particularly among contractors and the construction supply chain, resulting in work with those companies to streamline operations.” as well “there’s a lot more action around initial public offerings and privatization, like the possible Saudi Aramco offering.”

According to Ben Hughes, “the only hitch, fees are very competitive, more so than in other parts of the Gulf Cooperation Council.” given so many firms are pitching the government and Saudi companies, “it’s a buyer’s market. People are increasingly trying to undercut one another, and equally, clients recognize their advantage in this regard.”

Globally, consulting fees grew 9 percent to $115 billion in 2014, the most recent period where figures are available from Source Global.

According to the researchers, “most of the consultant’s growth came from the U.S., while the Middle East accounted for just 3 percent of the total.”

According to Jonathan Woetzel, director of the McKinsey Global Institute, the research unit of the consultancy, “I wouldn’t underestimate the historical significance of this transition, because of the demographic pressure and the ticking clock on oil prices, Saudi Arabia’s change is being accelerated. A transition in the economic model that had been expected to take 10 or 20 years is now expected to happen in just 3 to 5 years.”

Strategies to Grow Your Business in 2021