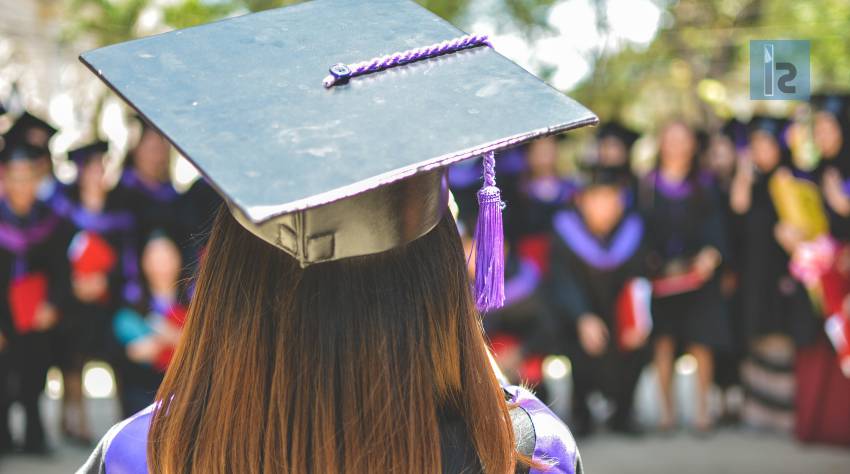 Yes, a women dominance is here to stay! And the world is getting ready to accept it.

Years ago the role of women was limited and controlled by men but changes are visible in the past two decades with the supremacy of women being raped in every field. Women today are trying to indulge themselves in almost all the sectors of a developing society such as energy, media, hospitality, real estate, finance, transportation, education, Information technology, and are working harder than their male counterparts to establish a good space for themselves in the society, this is causing a change in the perspective of men in our existing male-dominated society.
Technology and modernization are important aspects that are paving the way towards modern society and its important to know why a male-driven society is getting ready to accept equal female participation.

Women of the present age have started getting literate and are unlocking the cultural and social taboos of society. The ratio of women’s participation in society is increasing rapidly with a drastically changing modern society. Women in the developing and underdeveloped countries are taking higher education at such levels including graduation, post-graduation, and Ph.D. which places them in the corporate and public sectors at par with men. The “women’s rights movement” is a good mark of how women are attempting, and fighting for their social, political and economic status.

A person relies on a firm, an organization if his/her counterparts therein listen, to their queries. Experience shows that a woman always tries to consider the opinion of the person opposite unlike a typical male counterpart who shows markedly lesser sensitivity and tolerance towards a consumer.
Hence the scoreboard of a woman remains more acceptable and credible for the firm.

A woman has an inborn quality of managing and identifying the emotional qualities of oneself and also of others which comes in handy when handling clients and customers which makes them more suitable to work under pressure while avoiding taking counter-productive decisions. With women in such situations, there are very few chances of losing a client. It then highlights the aspect of integrity within a woman.

A woman always tries to work in collaboration, combining and evaluating different sources and come to a result which follows a core consensus. They see risk as an opportunity and put their efforts to come out with a better solution. This makes them more confident and eventually benefits the organization. She is praised for her efforts and is given credit for the success.
A globally known example is, Virginia Marie “Ginni” Rometty a prominent business giant and an American business executive. Currently, she is the president and CEO of IBM, and the first woman to head the company.
Many such prominent women entrepreneurs are transpiring the dilemma of the hegemonized world.

A multitude of women participation is to be found in the likes of agriculture which paradoxically is not recognized as work.
Reluctance towards empowerment and literacy is at par in the marginalized areas(indigenous) of the underdeveloped and developing countries.
Numerous women are unaware of the expanse they can unveil by liberating themselves from such curtailment.
These women do not take a step forward or are not allowed to educate or empower themselves and are mostly to be found in remote areas which lack the most basic of facilities for education, both primary or secondary. They remain without access to far-flung industrial areas or even if they do, the mode of transport remains unsafe. Some live in environments or among people who demotivate and demoralize them including a patriarchal system which suppresses their confidence. Put together, they choose to do any work that is safer and can be done while handling domestic chores. Additional to the above drawbacks, most do not have access to know more, like stable internet connection which could bring to them the latest happenings in the world not too far away.

The protocol by the United Nations to eliminate all forms of discrimination against women was adopted in 1979 by the UN General Assembly also called as the international bill of rights for women.
It defines women discrimination and sets up an agenda for national action to end it.
The Sustainable Development Goals formulated by the United Nations General Assembly in the year 2015 to achieve it by 2030 has the fourth goal to “Ensure inclusive and equitable quality education and promote lifelong opportunities for all”.
The non-profit organizations like “School girls unite”, “CARE India” and many more are making efforts to empower the marginalized women.

Though women outnumber men, and collaborative and noteworthy attempts are made to empower them, eradicate gender differences and strengthen women agency, their share of parliamentary membership worldwide is low. Most countries are far from reaching the agreed quota of 30%.
In some areas the expected top-down approach of policies too has not been attained.
An expanse of opportunities exists for a city-bred woman is more likely, unlike the rural woman. A city woman feels safer than a rural woman, unlike those in the rural areas. The city or other urban areas with its better connectivity through public transport including buses, metro trains, cabs etc generate more confidence. A feeling of safety prevails even in the streets of most cities with some semblance of street lightning and some nightlife. Add to that most organizations providing their own transportation or equivalent compensation. All these show the main reasons for low women’s employment in rural areas.
A suitable, friendly, and professional environment takes care of all the caste, creed and taboos of society and remains the most important aspect that is changing the face of the world.
Women have become successful in giving equal importance to the family and her job provides a strong frame to the husband and family. All these play an important role in the never before seen development of women in and out.
Hence, it’s a wake-up call for the unaware who are yet working in the labor workforce, locked in societal taboos and looking after the family to tackle the barriers of male domination and get ready for their own space.
-Rajkunwar Bhosale

Google comes forward in support of YouTube in the Copyright Battle