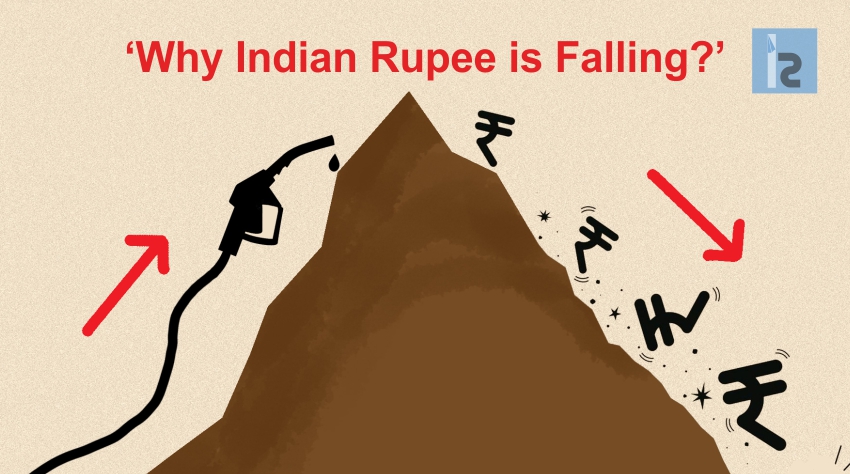 You might have noticed a consistency in the fall of Indian Currency – Rupee. Why is it downgrading? Is it for our greater good? There are loads of questions that might be emerging in your mind right now. But let’s put some light on the factors which are causing such downfall to Indian Currency.

These aspects had have been in to the picture for a long time, yet it’s been affecting the nations’ currency most now. Here below are some of the reasons behind the unexpected drop:
The Oil Slick—Turkish Crisis
In case if you don’t know, nearly 80% of the crude oil is imported from other countries in order to meet up the needs of country’s fuel. And, nothing comes without a cost. The country spends more money on these importing of fuels as compared to others. According to various reports done by energy researchers and consultancy firms, the intake has been almost double this year as per the year of 2017. The consumption and the demand of fuels are constantly growing on daily basis. Thus, the civilians are facing the rise in the cost of the fuel.
If we talked about Turkish Crisis, it was the free falling of Lira—the Turkish currency—which accelerated the devaluation of Rupee. It has been estimated that Lira has lost more than 40% of value in against to the US dollar in early period of year 2018. The reason has fallen to be the deterioration in the ties between Turkey and US government over increasing influence of the President Tayyip Erdogan on overheated economy.
“The plunge in the Lira, which began in May, now looks certain to push the Turkish economy into recession, and it may well trigger a banking crisis,” Chief Global economist at Capital Economics, Andrew Kenningham told Reuters. This has one way or another leading into hammering emerging market currencies such as rupee. Some of the multiple factors which has caused in the major hit to Lira are, big dollar debts, rising inflation, diplomatic row involving a pastor, lower interest rates and lack of adequate Forex reserves. Right now, Lira is one of the weakest currencies in the world thereby, resulting in depreciation of Indian Rupee.
Wider Trade Deficit
India’s import is substantially rising where the gains by the exports are contributing very less to the government treasure. It has been estimated that the exports has contributed the country’s GDP at 14-year low resulting into trade deficit—the situation where the amount of country’s import value exceeds its net exports value. As per several reports, the import value was USD156.8 billion in 2018, as compared to the USD 105.72 billion in the year, 2017. Meanwhile, the expansion in merchandise imports in India was almost twice that of export growth in the end of March, 2018. Well, this has directly affected in the downfall of the Indian currency.
A Trajectory Leading Global Tensions
US administration under Trump leadership has imposed an import tariff raise against the countries like China, Europe, Mexico, Canada and now Turkey in order to accelerate the pace of strengthening the dollar in future. This strong dollar phase is directly and adversely affecting the Indian Currency as, the imports for India will be more expensive. Well, it’s a clear bad news for the India because it is one of the biggest importers of US goods in the world. Besides, the intensifying US-China trade war continues in creating turns and turns in the Forex market.
Moreover, Priyanka Upadhyay of SSJ Finance & Securities described publicly that abating foreign portfolio investor (FPI) outflows could contain weakness to some extent. While India remains the fastest growing major economy, a weaker rupee, stubbornly high inflation, elevated oil prices and global trade tensions pose the biggest downside risks to the economy.
Many experts are predicting the possible future of the Indian economy, but we can’t be so sure what will be the outcome. Will the Rupee face more down hits or will the valuation increase? Right now, it just remains a question.
– Bhushan Ghate

Bad Business Ideas For The 2020s

Google Pixel 6 could be the perfect Android flagship