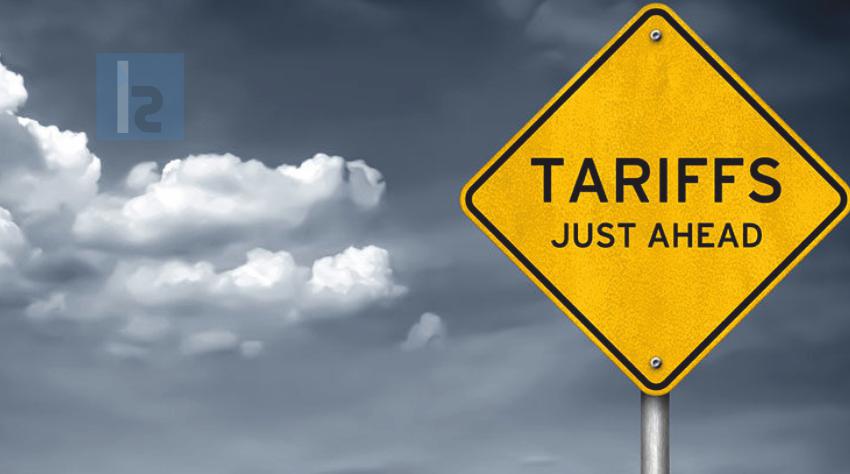 A country’s economy depends on its GDPA, where the global economy runs on trade. This trade between two entities are carried out in such a way that both are profited.
Before getting into the matter, let’s make sure ‘what the tariff is’
Tariff—an imposed duty or tax by the government on the imported as well as exported goods; tariffs imposed on exports are very rare to witness. Domestic manufacturers are benefited out of import tariffs, as they don’t have to pay for it. Whereas, foreign marketers have to pay import duty in order to trade in the other countries, which further results into a raise in the prices of foreign goods in domestic market. These tariffs are further cumulatively supplied to the government for public welfare.
Tariffs were paid according to its categorization in three types, as per the duty:
Specific Duty—the duty doesn’t vary with the variations in the prices of goods. A fixed amount of money is decided for per unit which could be kilograms, mostly quantifiable. Such specific duties were imposed initially on 36 types of different goods, mainly including beer, wine, salt, sugar, tea and tobacco, in terms of fixed percentage of value.
Ad Valorem duty—the tax is based on the assessed value of an element such as personal assets or real estate. Generally, Ad valorem duties are property taxes imposed on real estate trades. Moreover, this type of tax is also implemented on various tax applications such as import duty on foreign goods.
Duty-free treatment—is tax free phenomenon, where no taxes are imposed on buying or selling of goods. This type of duty can be seen at airports, where the passengers are able to buy goods under certain bounds. Apart from airports, through other travel methods, an individual can purchase foreign goods duty-free.
When a government feels insecure of the increase consumption of foreign products by consumers rather than of domestic ones then, government impose a high rate tariff on foreign products, which further put forth adverse effects on various foreign importers. In order to restore the demand of domestic goods, this step is mostly implemented. But, it is been denounced by several politicians, businesses and foreign nations. Nevertheless, many officials are favouring such stride.
Motive behind Raising Tariffs
The process of raising tariffs is not restricted to just one; there could be several reasons which might lead to increase in duty on any entity. The most common of such are listed below:
Infant Industries
Numerous domestic industry tyros’ experiences a pressure of global competition put forth by well-established companies. A tariff act as a protective field for such early-stage enterprises, in theory, tariff provides bounteous time to domestic enterprises in order to sustain a good stature internationally.
National Defence
In case of conflicts, government impose tariffs on international defence products in order to secure and support domestic manufacturing of critical products. Such critical products with respect to national defence are imposed with more tariff than other goods.
Employment Factor
Government economic policies mainly focus on creating vigorous employment opportunities. In this case, the tariff rates on importing foreign goods are high, if and only if the domestic industry is struggling to generate any profit from the markets. These tariffs are imposed in order to discourage consumption of imports and to increasing the adaptation of domestic goods. Figuratively, this tariff imposition acts as a ladder for domestic manufacturers to create a demand in market.
As per Environmental Guidelines
Various segments had has to process under certain environmental guidelines where, such guidelines do varies with every nations. If a foreign product doesn’t adhere to environment standards, then the government takes steps to increase tariff on such goods to diminish its consumption.
Aggressive Trade Practices; mostly unfair
Flooding the market is one of the effective ways of aggressive trade practices. This act carried out mostly by international firms in an attempt to dominate market shares in favour. Along with that, such trade tactics are also implemented to keep domestic manufacturers out of the game. Governments implement tariffs as a spear to lessen the effects caused due to international firms, as aggressive trade practices are unfair tactics.
Thus, the up-listed theory is the basic reflection on ‘how the tariff works and what it is’. There is no consistency in tariff deduction or increment; it totally depends on the market. If a government senses an industrial foreign threat, then they prefer to integrate such practices for the better good.
-Bhushan Ghate