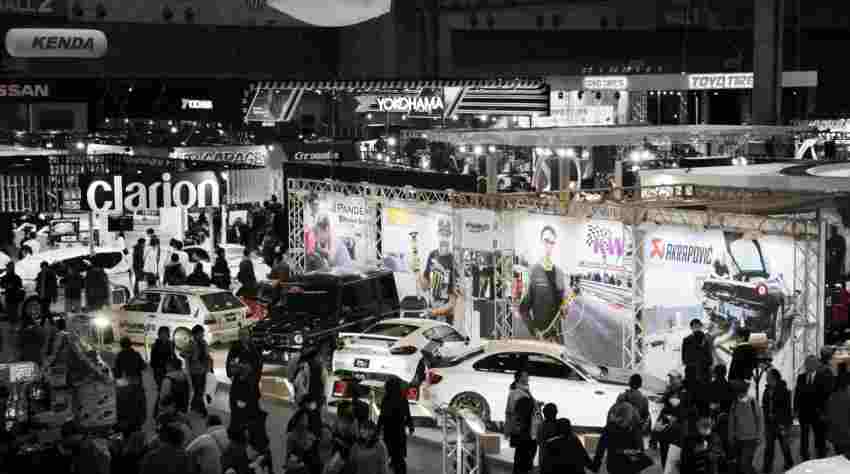 After the Detroit, Geneva, Frankfurt and Paris, the Tokyo motor show ranks the highest in a motor-enthusiast’s calendar. This biennial motor show which is usually held during the months of October-November is staged at the Tokyo Big Sight in Tokyo. It is organized by the Japan Automobile Manufacturers Association and was originally called All Japan Motor Show. As the name goes, this auto expo famously highlights the might of the Japanese automotive industry. Interestingly, for the past few years now, the auto show has earned its fame for showcasing one of the highest numbers of concept models, rather than actual production models.
So, like all the previous years, the Tokyo Motor Show did not fail to delight the auto enthusiast around the world. Major Japanese auto giants showcased their new concepts and probable production models for the near future in both, two-wheel and four-wheel category, and sometimes also in 3-wheel and more such categories. The focus, this year, seems to have shifted on affordable and secure commuting with many brands showcasing their hybrid models and latest technological advancements in next-gen safety standards.
[Latest Automobile Industry news and blog]
Innovation on Two Wheels

In the 2-wheeler category, major auto giants came up with more efficient engines that turned out to be frugal without any compromise on the power figures. However, each of them added a niche for themselves with new body frameworks, electrical equipments and mechanical advancements. The self-balancing technology had been under development for quite some time and many auto giants around the world are currently perfecting it. This year, Honda, a major Japanese auto giant pulled the cover off its close to practical electric self-balancing technology in its motorcycle. The beauty of this technology was that it was derived straight from its humanoid project that it had been working on for quite some years.
Another worthy mention would be the electric powered bikes that even came with rider-assist technology. The first of its kind artificial intelligence technology on a motorbike was introduced by another Japanese Conglomerate, Yamaha. This technology was developed to maintain constant interaction with the rider so as to make it almost possible to autonomously chauffeur the rider as per the need. Yamaha also showcased its 3-wheeled concept, which if developed, would be a certain revolution in the world of crossovers.
[Read more]
The World is at disposal on Four Wheels

The four-wheel category did not disappoint to excite. This year we saw even more powerful SUVs with more frugal consumption and leaving lesser carbon footprints. There were even technologically superior crossovers and sedans with intelligent space management systems that boasted of more space in the previously available interior estates. The Mazda stand foreshadowed what the future design lines on a car would look like. Subaru, on the other hand, lived up to its famous characteristics with mind-boggling performance figures. Mitsubishi surprisingly showcased an electric high-performance SUV which assured that the electric powertrains were soon to become popular in mass-production circles. This was also ascertained with Honda’s sports car and an urban car powered by an electric powertrain. Nissan also joined the electric bandwagon with its own electric vehicles. The artificial intelligence, although not a new concept, but yet to see in the production models, also cropped up in the motor show through Toyota’s latest concept.
Yamaha sprang another surprise this year at the auto show with a Cross Hub concept. It is basically an urban cargo carrier but with a very distinct seating arrangement and overall space management. On the other hand, Suzuki, with its usual minicar concepts, showcased its latest off-roader concept which seemed like a successor to its once famous off-roading vehicle. [Official website ]
[Latest Automobile Industry news and blog]