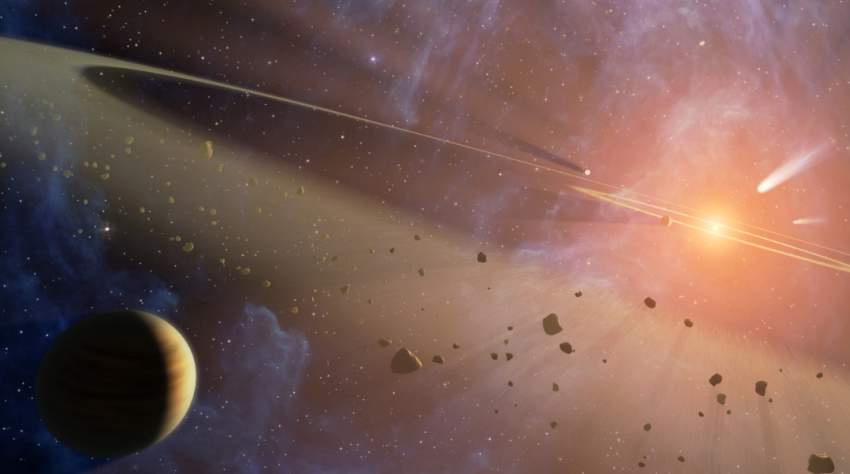 A mere 39 light years away, a huddle of seven Earth-sized planets has appeared to be orbiting a faint star which is dimmer and smaller than our own. What’s more, the scientists have announced that three of these planets lies within the habitable zone of a star and it could provide the best environment for a life to sustain.
The new discovery has thrilled astronomers and has raised hopes for the hunt of alien life beyond the solar system, making it possible to start the hunt much sooner than previously expected. The next generation telescopes which are due to be switched on in the next decade will play a vital role in the hunt.
It has happened for the first time that many Earth-sized planets have been found orbiting the same star, making it an unexpected pull which suggests that the Milky Way may be crowded with the worlds that at least in size and firmness underfoot resembles our own rocky home.
The Exoplanets closely orbits around a dwarf star named Trappist-1, that is around 39 light years away for a prime candidate to search the signs of alien life. The star is only marginally larger than the Jupiter and it shines with a shaky light about 2,000 times fainter than our sun.
The Exoplanets discovery have similar dimensions that of Earth with sizes ranging from 25 percent smaller to 10 percent larger and they could not be more different in other features as well. The most remarkable is how compact the planet’s orbits are. The innermost planet in the solar system, Mercury is six times farther from the sun than the newly found outermost seventh planet from Trappist-1.
Any life that gained a footing and the ability to look up would have an outstanding view from the Trappist-1 world. From the fifth planet which is considered the most habitable one, the salmon-pink star would appear ten times larger than the sun in our sky. Also, the remaining planets would appear up to twice the size of the moon as seen from Earth, when they would fly above as their orbits required.
The discovery has prompted more constant observations from the earth and space. Nasa’s Spitzer space discovery telescope peered at the star for almost 21 days and the data from other observatories have revealed the seven planets circling Trappist-1. However, the size of each planet was inferred from the amount of starlight that blocked out.
Now, astronomers are focusing to find out whether the planets have atmospheres and if they do, the first hints of life on the surfaces below could be revealed. Methane and water in the alien air could be detected by the Hubble telescope, but both can be produced without life.
More convincing and complex molecular signatures could be spotted by the Nasa’s James Webb Space Telescope, that is due to be launched next year. Another instrument, such as the Giant Magellan Telescope, a ground-based observatory that is due to be switched on in 2023 could help determine more signs. But there is only little much that can be done from afar.
While there will be a lot of eyes on these Exoplanets soon, don’t pack your belongings for a tour yet. It would take around 235 trillion miles and roughly 44 million years to travel to TRAPPIST-1 at the speed of an average jet plane.
However, the Exoplanets discovery is a solid one and a step towards finding an alien life, the best is yet to come.