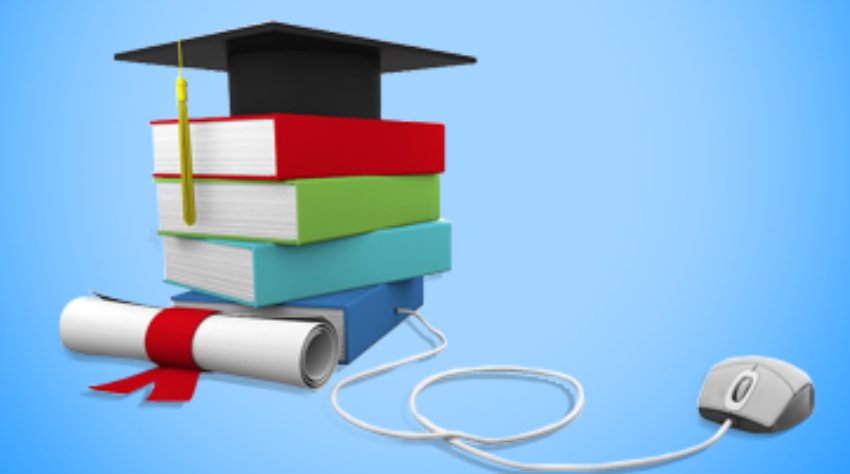 Education, the food, and resource for old age; anything you do that adds to your day to day intellectual bank of knowledge is called as Education. Education did not start today and cannot end today, for even after life its believed that in one way or the other the immortals have new things to introduce to the newbies.
For Education to have lingered for many centuries till today, there must be something at least technical about it, to have said technical, then we could consider the term civilization and how it came to be, and its influence in our social life and education sector.
The main thing about the influence of technology in education is that, rather than technology harming education, it is boosting its availability to the people, it’s making learning very much easier, also helping to reduce the long formal approach to gain a quality education. Amongst the benefits of education, also are things like; asserting laziness and over dependency on technology to the people, but all really depends on an individuals’ ethics and more to what are his expectations and plans that he has to achieve his expectations.
Some examples of the devices which have been introduced into education sector are listed below;

According to records, now many people have access to personal mobile devices, which they are using for their personal reasons which in no distance relativity, has something to do with mind growth being educated in a different dimension. The mobile devices do not have a limit to whom should be acquainted with it as even the little kids in their various homes are having good times with various models of the devices.
Do you know that 89 percent of high school students have access to Internet-connected smart phones, while 50 percent of students in grades 3 through 5 have access to the same type of devices? High school student access to tablets tops out at 50 percent and laptops come in at 60 percent. This shows that the presence of a mobile device in education is really reaching a very high level and soon every study environment will tend not to do much without these devices. So try and get one for yourself

All the various devices used in education environment must have some form of connectivity path, either through the computer system or the simple mobile devices
Statistics show the ways students generally connect to the Internet when at home is really higher than as assumed. According to studies, 64 percent of students out of every 100, has a means of connecting to the internet through the use of 3G- or 4G-enabled devices as their primary means, about 23 percent of the population also connects to the internet through Internet-enabled TV or Wii console. There is traditional broadband access which is not a primary means of connecting because there is less contention for access to other members of the family through the non-traditional devices.

Majority of the informative public and private display today comes in the form of already dubbed videos and also live streaming videos, and to bring to the public such long duration medium of communication, there has to be a way to see that it meets the standards and regulation of the establishments, states or countries where it will be played or viewed.
A video is another tool that has been on the rise in recent years. According to records, 46 percent of teachers are using video in the classroom and also for getting quality information on what is to be taught to the students.
One-third of students are accessing videos online based on their own initiative and need and this helps a lot in their class work, homework and research of any kind. The teachers are not exception to the use of videos, in most of the occasions while teaching, the teachers do make records of videos which they release to the students for short-term and as well long-term use.

The motion picture that enhances the illusion of depth perception, hence adding a third dimension is called as 3D. In it, a regular motion picture camera system is used to record the images as seen from two perspectives and special projection hardware or eyewear are used to limit the visibility of each image in the pair to the viewer’s left or right eye only. 3D films are not limited to theatrical releases or television broadcasts, but also in Education to bring to the close sight of the students while in any session of studies. The involvement of this highly classified form of intellectual upbringing is changing the face of education and in a more positive dimension. In research and health institutions, this and its future siblings are considered more relevant in a way that, elements of studies tend to require some form of closer observation. It will really be very beneficial if the bigger heads in the society channels resource into this medium of studies.

The things posted online by students and every social media part takers is another medium of citing technology in education, that is the main reason why people should keep a closer watch on what comes from them to the social platform. What one post is telling the world what he is made of, who he is and how possibly he/she can be profiled in a local and international community. About a huge record of 32 percent of the people reviewed online are saying they stopped interacting with friends who post inappropriate content online, while about 44 percent of high school students said they believe a positive digital profile is an important part of their future.

Everybody wants one or two means of getting quality information without following the formal method of attending a physical setting, online learning is the aspect that is really increasing the chances of attaining this very level. Universities and colleges are tremendously engaging in ensuring that candidates who cannot afford the means of long-distance transportation can easily get a quality education through the online medium.
The very discovery in 2017 was that students who have not taken an online course are increasingly interested in the opportunity, citing a desire to have more control over their learning and believing that they will get more support from an online teacher.
Subjects like mathematics, foreign languages and science classes tend to have more review on a need to be provided to the clients through online medium.

It may sound strange that gaming is a part of the educational revolutionary concept, but 54 percent of the students in every school and all educational institutions do in one way or the other, engage in mind nurturing games. Games can help us to improve our creative thinking, and provide a certain level of brain functioning improvements. Example; take into consideration the era of two students, one of them plays games and the other doesn’t play at all, you will discover that the student who plays games is always close to new technology improvements and tech now tends to be easier for him than the student that doesn’t play. “Too much work and no play makes Jack a dull boy”  the interest of students in taking gaming technology and applying it to learning difficult concepts, as well as their interest in using games as a way to explore career opportunities is also a part of the discussion. Evans also noted no gender difference in students’ interest in games, with younger girls actually showing more gaming activity than their male counterparts.

Networking sites like Twitter, Facebook, Instagram and other chat rooms are no longer standing in the place to provide just a means of communication between friends and families, but these sites are providing a means for educative sharing, that means that not just the sharing of messages for fun and writing but also, the students can share classroom related files with their peers. Teachers and students can create a chat room for sharing files related to their class works. It makes it very easy for some informal relationship between the members of a certain group to be in a close watch to promote the affairs of quality education. This actually is making education so much fun and easy to cope with for the students and the teachers.
Conclusion:
As Education grows, the society becomes more accommodating, but a greater balance when the use of technology is made a priority to help keep the young generation updated both on technology ground every other field through the utmost use of these amenities. Let’s use what we have to gain what we want, it’s going to rather improve our society, the people in it and give one and all a better chance of survival.

6 Smart Ways to Raise Cash for Your Renovation Project