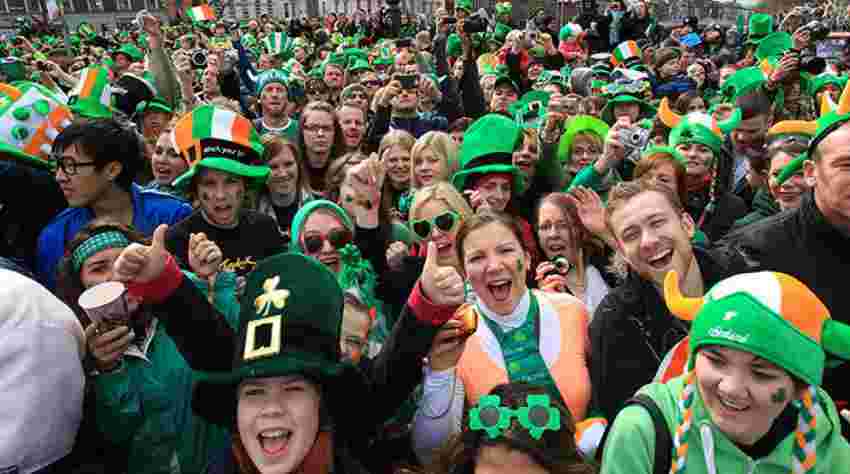 St. Patrick’s day is celebrated annually on 17th of March in observance of the death of St. Patrick, the patron saint of Ireland. What started as a religious feast day in the 17th century quickly became into a variety of festivals celebrated across the globe rejoicing Irish culture with parades, special foods, music, dancing, and a whole lot of green.
Across the country, people will be donning green clothing today and make plans of imbibing green beer over a feast of bangers and mash to celebrate St. Patrick’s Day. Parades will be taking place in over 30 countries, including a weeklong festival on the Caribbean island of Montserrat.
Here are some facts linked with St. Patrick’s Day for you to sermonize over a cold green beer.
The St. Patrick we have come to know was a young man known as Maewyn in the third century, who spurned his British family’s Christian faith. He was captured by Irish pirates at the age of 16. He eventually reunited with his family, after which he heard God’s calling to go to Ireland as among the early Christian missionaries there. Maewyn took the Latin name Patricius upon his ordination, which later became St. Patrick (even though he was never formally beatified by a pope). He is believed to have died on March 17.
St. Patrick was initially depicted as wearing a light shade of “St. Patrick’s Blue” and not green. Green became associated with this after the Irish independence movement in the late 18th century.
The famous St. Patrick’s Day parade in New York only allows marchers on foot and do not allow any modern conveniences even today. The first NYC parade featured home-sick Irish ex-patriots who were delighted with the opportunity to be allowed to wear green (which was banned in Ireland) and sing Irish songs.
New York may have people attracting to its parades, but Chicago has a spectacle of its own. The city has been celebrating St. Patrick by dumping green dye into the Chicago River since 1962 and it takes 40 tons of dye to get the river to a suitably festive shade!
Shamrocks are commonly associated with St. Patrick’s Day, as legend says St. Patrick used the three-leafed plant to explain the concept of the Holy Trinity during his Christian missionary work in his days.
The Irish Flag, that can be seen all over the parade, is made of equal parts of green, white and orange – representing Catholics, Protesters, and peace between the two groups.
Drinking was not always the favorite part of the celebrating St. Patrick’s Day. In fact, from 1903 to 1970, the holiday was a religious observance marked by the closing of all the pubs.
One can often hear people crying out “Erin go Bragh” in the streets on St. Patrick’s Day. The phrase is derived from “Irish Éirinn go Brách,” which translates to “Ireland Forever.
– Masuk

Work Ethic: 4 Principles Every Entrepreneur Needs to Implement For Success