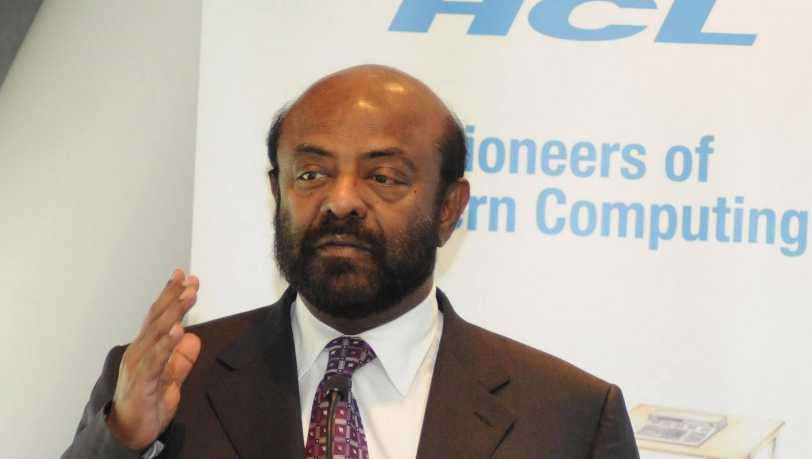 The Institute of Directors, India conferred the Golden Peacock Award for ‘Social Leadership’ to Shiv Nadar, Founder and Chairman, HCL and Shiv Nadar Foundation for his leadership and philanthropic achievements and contributions under the aegis of the Shiv Nadar Foundation. The award was presented at the 14th London Global Convention to Roshni Nadar Malhotra, CEO, HCL Corporation & Trustee, Shiv Nadar Foundation, who was present at the ceremony to receive the award on behalf of Shiv Nadar. The distinguished gathering included business leaders, jurists, academics, legislators and policy makers.
Speaking on the award, Shiv Nadar said, “This is a great honour and I thank the Institute of Directors, India for this recognition. In today’s increasingly fragile socio-economic ecosystem, education is a powerful medium for enabling inclusive, transformational and sustainable change. This award is a testimony to the fact that we are on the right path and that education will play a key role in revitalizing disadvantaged communities and thereby impacting the social fabric of communities and nations.”
Ashok Kapur, IAS (retd.), Director General, Institute Of Directors said, “The Golden Peacock Awards recognizes global excellence since its inception two decades ago. It gives me great pleasure to confer this award on Shiv Nadar in recognition of his creative vision and commitment to philanthropy through transformational education. The Shiv Nadar Foundation’s relentless focus on inclusive leadership development and growth through the creative philanthropic approach is a powerful enabler of sustainable high impact change for the future.”
The awards were finalized by a jury chaired by Justice P. N. Bhagwati, former Chief Justice of India and co-chaired by Justice (Dr.) Arijit Pasayat, former Judge, Supreme Court of India and former Chairman, Competition Appellate Tribunal & Authority for Advance Ruling (Customs, Central Excise & Service Tax).
Past recipients of the Golden Peacock Award include Douglas Daft, Chairman – Coca Cola, Daniel Vasella, Chairman – Novartis AG, Sir Adrian Cadbury, Kumar Mangalam Birla, Chairman – Aditya Birla Group, Matthew Barret, Group Chairman – Barclays PLC among many others.
Shiv Nadar, acknowledged as visionary in modern computing and technology in India, founded HCL in 1976 as one of India’s original IT garage start-ups. Currently, HCL comprises three companies in India -HCL Technologies, HCL Infosystems and HCL Healthcare with annual revenues of US$ 6.5 billion and over 100,000 professionals from diverse nationalities operating across 31 countries including over 500 points of presence in India. In 1994, he established the Shiv Nadar Foundation, a private philanthropic organization. A significant driver of social change and transformational education, the Foundation has set up landmark institutions in India spanning the entire education spectrum from universities and colleges to K-12 schools. The Foundation has committed Rs.5000 crore to its philanthropic initiatives and has invested Rs.2946 crore till March 2014 as per audited accounts.

Smart Umbrella Made For Weather Forecast: Alert User Before Raining