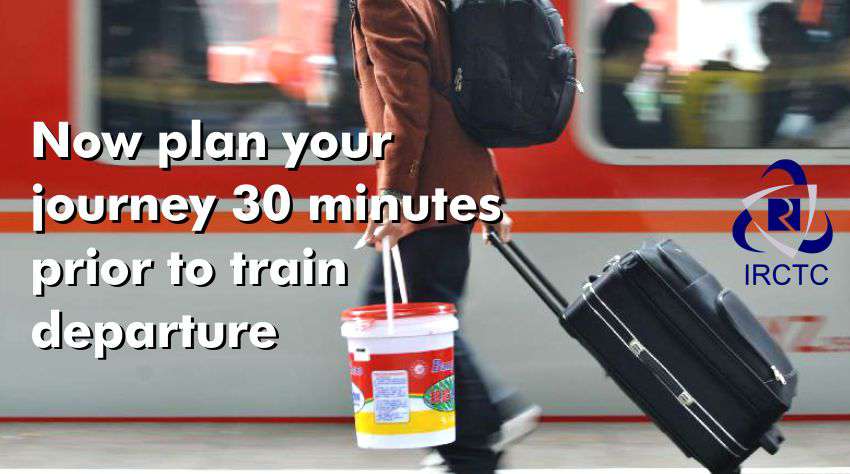 Railways has made it mandatory for the department concerned to finalize the reservation chart four hours before the departure of train in order to allow passengers to get the status of their ticket.
Now you can book online railway ticket through IRCTC in 30 minutes before the departure of a train.
Additionally, the Indian Railways has made changes in its system of chart preparation in a passenger-friendly move which will now be prepared twice.
According to a Senior Railway official, First reservation chart would be prepared four hours prior to departure of a train while second and final one, 30 minutes before the train departs.
As stated the revised rules, booking will be allowed on the Internet and at reservation counters for a particular train, subject to availability of berths, even after the preparation of the first reservation chart.
Again Railways have made it mandatory for the concerned department to finalize the reservation chart four hours prior to the departure of train from November 12 in order to facilitate passengers to get the status of their ticket and plan their journey well in time.
The official stated, this is a significant move to provide additional booking facilities enabling passengers to buy tickets even after the preparation of reservation charts.
And another and final chart of reservations will be made available before departure of the train and handed over to on-board ticket checking staff.
The official stated, this exercise will ensure optimum utilization of train accommodation as well as enhanced earnings.
In addition, there were complaints of delay in finalization of reservation chart giving scope to touts for indulging in unfair ticketing activities.

Apple and Meta, According to Goldman, Are at the Forefront of Developing Metaverse Technology