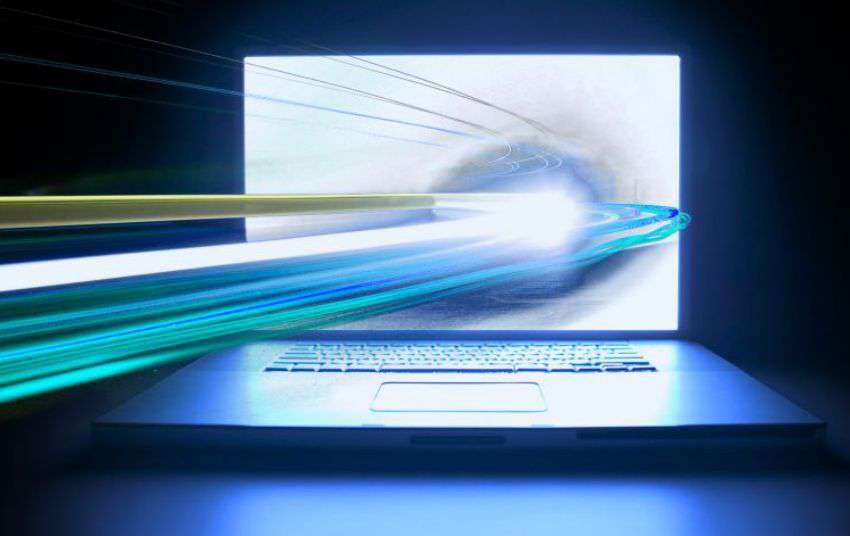 Scientists are closer to creating a computer that uses pure light, instead of electrons, to transmit information.
Today’s computers use electrons to shuffle information around, but this could be changed soon. Future computers might do the same with light, enabling them the same level of advancement that telecommunications has undergone in transitioning from electric signals to optical signals.
Recently published research by the lab of Eric Mazur at Harvard has brought the cutting edge one step closer to this goal.
There is only one problem with using light to do computations is that it’s hard to direct light at very small scales. Traditional, modern computers use upwards of 10 billion tiny signal-triggered switches called transistors to manage information. These tiny switches exchange information over even tinier wires all set within a microchip. With this ever-present goal to do this optically rather than electronically, tiny fiber-optic cables have proven ill-equipped for connecting the tiny optical versions of transistors, so until now there’s been no way to miniaturize optical chips.
But that was a thing of past, because of the development of what researchers call “on-chip zero-index metamaterials.”
The prefix “meta-” comes from Greek, which means “to go beyond.” While this could mean any material exhibiting properties going beyond nature, the name has come to represent a class of materials that bend light in strange ways. People with stronger eyeglass prescriptions can have thinner lenses made from special material with a high “index of refraction” which bends light more strongly. With a different twist, metamaterials bend light in the direction opposite of conventional materials because their index is negative, or in the case of this new material, the index is zero.
Really strange things happen when a material has a refractive index of zero. What happens, when light enters a zero-index material, it no longer oscillates over space, becoming an infinitely squished wave with crests and troughs infinitely far apart. The light also exhibits an infinite “phase velocity” meaning the crests and troughs of the light wave move extrimly fast. This doesn’t violate Einstein’s Laws of Relativity because the information contained in light travels instead at the “group velocity,” which is always below Einstein’s speed limit. These materials are absolutely perfect for transmitting light at tiny scales.
Though zero-index materials have been manufactured in the past, but this is the first time such a material has been grown on a microchip. If put on the Nano scale (1 million times smaller than a millimeter), the material resembles a forest of gold-capped silicon trees on a ground of silica paved with gold, all flooded beneath a lake of epoxy resin, with another layer of gold on top.
As stated by Yang Li, a postdoctoral fellow in the Mazur Lab and first author on the paper, “regardless of how the material is shaped, electromagnetic energy (light) is produced in full transmission,” meaning it can effectively be used to transmit light within microchips.
There are other applications are also on the horizon. The team longing to use this new material to generate “superradiant lasers,” which can “operate without a cavity,” says Philip Muñoz, PhD student and co-author on the paper. Additionally, In a conventional laser a cavity is a necessity, but it’s also a major source of imperfections. Superradiant lasers, will be able to hit much thinner targets because of their pristine beams.
Zero-index materials can also trigger the efficiency of “nonlinear optics,” materials that change the wavelength of incoming light. Sometimes, it happens that the light waves leaving nonlinear optics are out of phase and thus cancel out. But the addition of zero-index materials can mitigate this problem. There is also a hope that the dual use of these materials will also have a role in future development of optics-based computing.

Roku to compete with Google and Amazon.