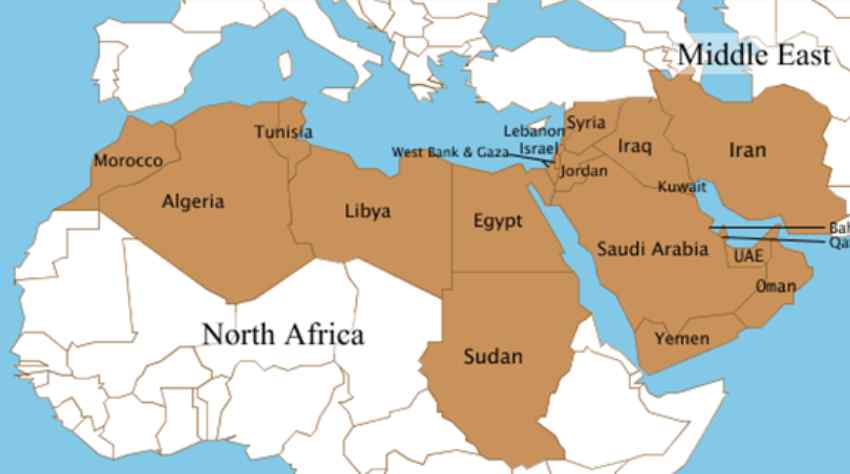 It is a known fact that Saudi Arabia and the United Arab Emirates are currently the most attractive markets for investors and with the recent growth in the logistics department, it is quickly turning out to be a hub of logistics industry.
MENA (Middle East and North Africa) countries, specifically the ones in the Gulf Cooperation Council like, Qatar, Oman, Kuwait, Bahrain, Morocco and Jordan are also rising into potential investment destinations.
The various business and investment friendly initiatives taken up by the government towards economic diversification from energy-based industries to expansion into other commercial sectors such as trade, export, import and tourism has largely driven the growth in the transportation and logistics department. It is also an added benefit that the MENA regions have trade relations with almost every political region in the world.
As per the statistics from the World Trade Organisation, countries from MENA engages in merchandise trading with Asian countries the most, i.e. about 55 percent of all the trade. This is closely followed by Europe at 31 percent and North America at 8 percent. These countries also lead in sea and air trade routes. Among all the countries in the region, UAE and Saudi Arabia are recognised as the top 10 freight lanes globally with a staggering 134 seaport that handles a total of 48.3 million 20-foot equivalent container units (TEU) of container traffic. The GCC countries themselves have a total of 41 ports, which together handle 68 percent of MENA’s container port traffic. If the sea transport is left out, then the region has 114 international and domestic airports of which 43 airports are located in the GCC only.
UAE is the perfect example of how an appealing business environment should be with 34 free-trade zones, non-existent corporate tax and full ownership rights coupled with unlimited repatriation of profits. These benefits are extended to not just producers and manufacturers, but also logistics service providers.
As per a report the global Third-Party Logistics (3PL) market is expected to grow at a compound annual growth rate (CAGR) of more than 5 percent by 2020 along with an expected reach of 92.1 billion tons by 2024 in the global T&L industry. The credit for this forecasted growth massively goes to rapid globalization, increasing trade volume and the revival of the global economy which is aptly complimented by robust trade, economic growth and liberalization policies followed by many countries worldwide. This has boosted transportation, handling and warehousing needs, thus, leading to a demand for integrated logistics solutions.

Apple reports the best quarter ever, with 78 million units sold