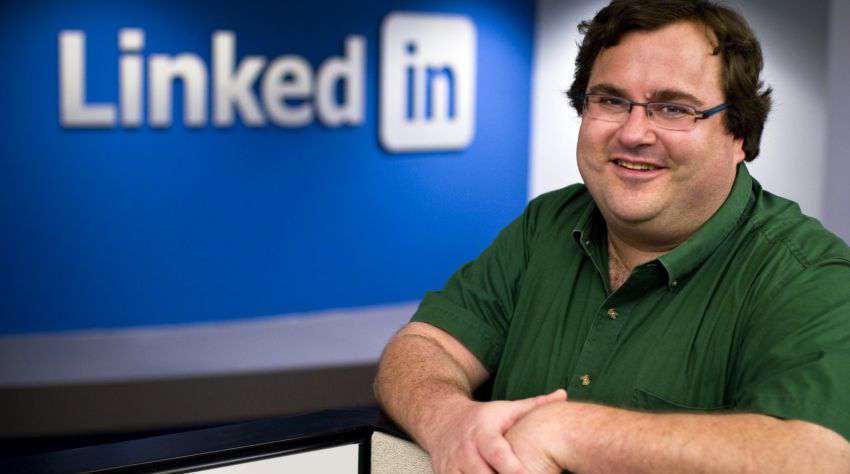 Reid Hoffman is well-known as a co-founder of professional networking site, LinkedIn; but not many people know that he was also an early backer of Facebook. The man, who believes in connections as way to the top, has proved it by establishing an example. Apart from these two hugely successful social networking sites, he is also a partner at Greylock Partners. Additionally, Hoffman is a director at Zynga, Mozilla Corporation, Kiva, Six Apart, and Shopkick, He also holds a board observer position at Airbnb, Swipely, and Gowalla. And prior to that, he was the executive VP at PayPal.
Reid Hoffman, not only an entrepreneur and VC, but this Stanford and Oxford Alum is also an author, who has published essays and two bestseller books.
LinkedIn: Representing Real-world Professional Relationships
Founded in 2002, LinkedIn is a social networking site designed by keeping the business-oriented community in mind. Its spread is now across 200 countries and territories, with 400 million acquired users. With nearly nine thousand employees worldwide, its revenue is coming from member subscriptions, advertising sales and talent solutions is now around U.S. $3 billion. Basic membership for LinkedIn is free, but Premium membership service provides better access to contacts in the LinkedIn database.
Not only people, a LinkedIn member also gets access to jobs, news, updates, etc. Thousands of articles are published every week, by industry specialized professionals, entrepreneurs, making a LinkedIn stand in the list to top 20 most visited websites.
“Inside each of us is a moonshot. What’s yours?” LinkedIn is encouraging professionals to work in the area they are passionate about with campaigns like this. Some videos related to this are also being shared by LinkedIn. More content on this topic may be released.
What the Future Holds for LinkedIn
LinkedIn envisions to develop the world’s first economic graph. This means, there will be a digital mapping of the global economy, and identification of the connections between people, jobs, skills, companies, and professional knowledge in this graph. Furthermore, there will be real-time trends pointing to economic opportunities will also be included. “It’s a big vision, but we believe we’re in a unique position to make it happen”, says Jeff Weiner, CEO, and LinkedIn.
There is a continuously widening skills gap where the existing workforce has learned and trained to obtain the outdated jobs. These skills do not suit the current and future jobs.
But, with an economic graph,the user will be able to look at the jobs in any given locality, identify the growing jobs that particular area, the required skills for those jobs, etc. type of information. Also, this data will be accessible to local colleges, institutions, and training developers, enabling them to design courses which will develop a skilled workforce for current and future jobs.
Tweeter phenomenon: People Matter
Reid Hoffman is one of the financial backbones of OpenAI, which is a non-profit company working for the safe development of artificial general intelligence. Hoffman serves on the boards of Kiva, Mozilla, Endeavor Global, and Do Something (an organization which motivates young people to take action around social changes). He also serves on the Advisory Council of the MIT Media Lab, and is a Chair of the Advisory Board for QuestBridge. A philanthropist with numerous responsibilities on him, Hoffman is working to make a positive and lasting impact on the world.