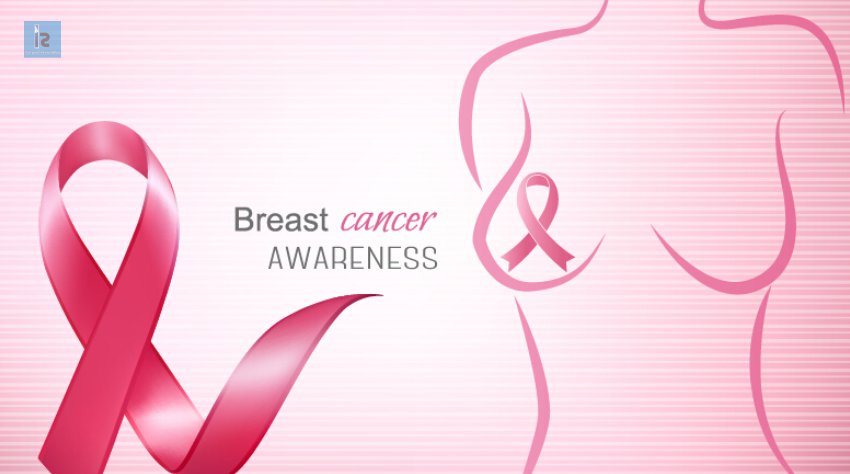 The evil of cancer has been sweeping all over the world and has been creating havoc. It is the second leading cause of death in the United States and it is expected that about one-third of all people in the US will develop cancer during their lifetime. Many people have cured cancer, and many are still fighting for their life. The oldest description of cancer can be found in the Greek journals, as the ‘father of medicine’, Hippocrates, first used the term carcinos and carcinoma to describe the non-ulcer forming and ulcer forming tumors. The earliest evidence of cancer has been found among the fossilized bone tumors in ancient Egypt. It describes 8 cases of tumors of which ulcers were found in breast that were removed by searing. In the manuscripts of Egypt, it has been written as, ‘there is no treatment’ for this disease.
The recent statistics on cancer states that more than 1.7 million new cancer cases are expected to be diagnosed in the year 2019. 606,800 Americans are expected to die due to cancer. To check the progress against cancer, death rates are the best measures, because they are less affected by detection practises than incidence and survival. Every year, the American Cancer Society, estimates the new cancer cases and deaths that can occur in the United States. In 2019, it is estimated that 1,762,450 new cancer cases will be recorded. The past decade of data states that the cancer incidence rate declined (2005-2016) was stable in females and reduced by approximately 2% in men. The cancer death rate (2007-2016) declined annually by 1.4% for females and 1.8% for men respectively. To get an overall view of Cancer, we need to take into consideration the different types of cancer and their statistics.
Breast Cancer
There will be an estimated 268,600 new cases of invasive breast cancer diagnosed in women in the US. In men, around 2,670 cases will be diagnosed in men. 62,930 cases of in situ breast lesions will be diagnosed in women. It is estimated that 42,260(41,760 women and 500 men) breast cancer deaths will occur in 2019. From 2007 to 2016, breast cancer deaths declined by nearly 1.8% per year.
The strongest risk factors for breast cancer are old age and being a woman. Risks can also increase if a woman is overweight, if she consumes alcohol and if there is no physical inactivity. Breastfeeding for at least once a year reduces the risk of breast cancer. A personal and family history of breast or ovarian cancer: inherited mutations (genetic alterations), high dose radiation to the chest at a young age are also some of the factors. Reproductive factors which increase the risk of breast cancer are a long menstrual history (menstrual periods that start early or end late), not having children or having children at the age after 30, high levels of sex hormones or recent use of oral contraceptives. Treatment of breast cancer involves either breast conserving surgery (removing the tumor surrounding the tissue) or mastectomy (surgical removal of the breast). Treatment may also involve chemotherapy, hormone therapy and/or targeted therapy.
Childhood Cancer
It is estimated that 11,060 new cases of cancer will be diagnosed in children between the age group of 0 to 14 in the US in 2019. Childhood cancer incidence rates have been increased by 0.6% per year. It is likely that 1,190 cancer deaths will occur in children in 2019. The death rate declined by two-thirds from 1970 (6.3 per 100,000) to 2016 (2.2 per 100,000). Cancer is the second main cause of death among children aged 1-14yrs. The death rate reduced due to improvements in treatment and high rates of participation in clinical trials. The risk for child cancer is few, as they are believed to arise spontaneously due to random mutations inside cells, no external cause. A long exposure to ionizing to radiation also increases the risk of childhood luekemia and possibly other cancers. Cancer risk also increases in children with certain genetic syndromes.
Surgery, radiation, chemotherapy, targeted therapy, and immunotherapy are some of the types of treatment. These treatments are done according to the stages and types of the cancer. Treatment should be co-ordinated by a team of of experts, including pediatric oncologists, and nurses, social workers, psychologists, to assist children and their families. The survival of children in cancer has increased manifold over the past 30yrs, due to new and imporved treatments.
Leukemia
Approximately, 61,780 cases of leukemia will be diagnosed in 2019 in the United States of America. Leukemia is the most common cancer in children, although most cases in adults. It is a cancer of the bone marrow and blood that that is classified into four main groups which are further divided into cell types and and rate of growth. Acute lymphocytic leukemia (ALL), acute myeloid leukemia (AML), and chronic lymphocytic leukemia (CLL). Among the adults, the most common types of leukemia are CLL (37%) and AML (32%), and among the children (0-19) yrs. ALL is most common, accounting for nearly 74% of cases. Since 2006-2015, the incidence rate was stable for CLL and increased by 3.7% per year for AML. It is estimated that 22,840 leukemia deaths will occur in 2019. Cigarette smoking is the biggest risk factor for AML in adults, and there is enough evidence that parental smoking before and after the birth childbirth can increase acute the risk of leukemia in children. Studies also state that Obesity may increase risk of some leukemia subtypes.
Chemotherapy, sometimes combined with drugs, is used to treat most acute leukemias as well as various other drugs are used in combination to counter leukemia.

Cancer: Back from the Dead, Twice

A Duel with the Devil