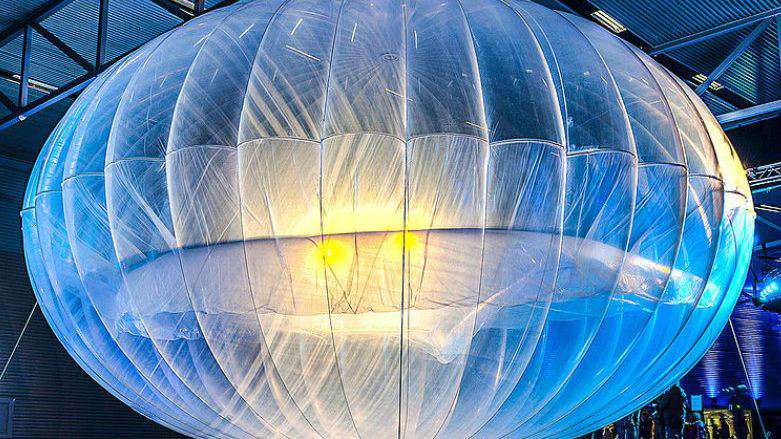 Search engine giant Google is planning to implement Project loon in India which will bring internet connectivity to rural areas. After Modi’s visit to Google Headquarters on 27 September 2015 at Mountain view, California Sundar Pichai, CEO of Google announced that Google will collaborate with Indian Railways to provide WiFi services at 500 and also help in bringing internet connectivity to rural and remote areas.
Project Loon is a network of balloons traveling on the edge of space, designed to connect people in rural and remote areas, help fill coverage gaps, and bring people back online after disasters. A software will be installed in these balloons to determine the direction of these floating objects. The balloons will form a network and deliver signals using the LTE (Long-Term Evolution) technology. It will catch signals and redistribute them, making internet available to even rural parts. These balloons will be able to provide high-speed internet, like 4G.
Google first launched Project Loon in New Zealand as trial, and was later carried it to Brazil, Australia and recently Indonesia.
According to Project Loon’s leader, the technology is now sufficiently cheap and reliable for Google to start planning how to roll it out. Google expects cellular providers to rent access to the balloons to expand their networks. Then the number of people in the world who still lack Internet access should start to shrink fast.
Google Chief Executive Sundar Pichai said, ”The idea caused more curiosity in India that his company was bringing balloon-powered internet to India” in a press meet on wednesday
As Pichai and Marian Croak, vice-president of access strategy and emerging markets, reaffirmed that the “floating towers” would be launched in India soon. A positive response from the government, though, remains awaited.

Demand for Voice-Enabled Power Speakers to Rise in US soon