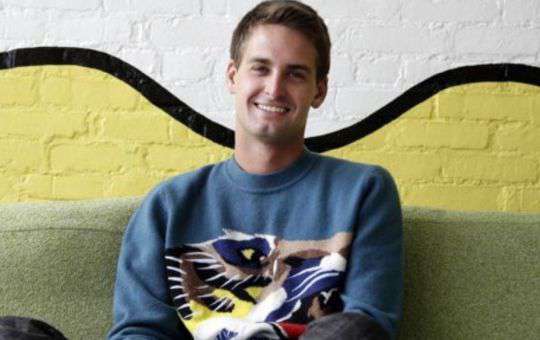 Evan Thomas Speigel is the CEO and Co-founder of the most popular mobile application, Snapchat. This American entrepreneur is commonly known by the name Evan Spiegel, who led a luxurious life with parents, John W. Spiegel and Melissa Ann Thomas, both lawyers. Instead of this he has to work hard to come to this success of Snapchat after several failures and developments.
Evan akin to Mark Zuckerberg
He has many things in common with Mark Zuckerberg, founder of Facebook. Like him, Evan had a privileged life and was a similar tech geek and got his 1st computer in his 6th grade. In his school days, Evan used to conduct experiments with Photoshop and spend his free weekends at the art lab of a local high school. Also, when he was in high school, he worked for the promotion of Red Bull at bars and clubs.
Evan’s University Days
Then he entered Stanford University in a product design program and only after that into the Kappa Sigma fraternity, here he met the co-founder, Bobby Murphy.
Murphy appointed Evan for the job of designing an online social network, following the Google Circles, but it did not work out. But it proved beneficial for Evan, because in a guest lecture Scott Cook saw him and offer a job by txtWeb, a project meant to broadcast information from web over text messages.
First project with Murphy
Evan developed his first project with Murphy, Future Freshman. It was an online software aimed to help in the management of college admissions by counselors, parents and high schoolers. Thought it was a great project, but could not continue for long. Then Reggie Brown contacted Evan to discuss his desire of deleting an image permanently from the web, which he once shared.
Basic idea of Snapchat, Picabo
It was then that Evan and Murphy developed the basic idea of Snapchat and started working on its development with Brown. They name it Picaboo, a name suggested by Brown, which failed to attract any investors’ support. Basically, just because there were some flaws in it. On top of that, the idea that why one would share an image that disappears led to the downfall for the group.
Picabo turned into Snapchat
Later, Brown resolve to part his way and demanded a 30% share along with the listing of his contributions with it. And then the original name was dropped. So, Evan and Murphy decided to cut out Brown from the administration and renamed the project to Snapchat with additional features. Once the name is changed it started attracting response from young users and then it grew into a million dollar company, through many advancements and developments.