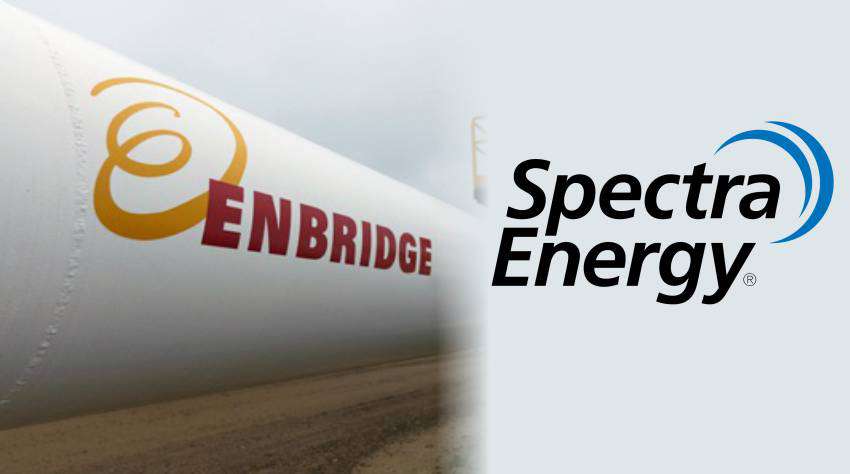 Canada’s largest pipeline company, Enbridge Inc. made a stock-to-stock deal with Houston’s Spectra Energy Corp., valued at about USD 28 billion. The aim of the deal is to create an energy infrastructure giant in the North America.
The two companies will combine in an all-stock deal, which would value Spectra Energy’s common stock at USD 28 billion, and give the overall value of about $127 billion. Enbridge Inc. shareholders will own about 57 percent of the merged company and Spectra shareholders about 43 percent.
The deal was approved by the both boards and is expected to close in early 2017 at which time the firm will be called Enbridge Inc. Spectra Energy Corp., shareholders, will get 0.984 shares of the merged company for every share of Spectra they own which are valued at USD 40.33 a share.
Enbridge has been steadily increasing the pipeline network in the North America, which carries the Canadian exports to the United States.
Houston’s Spectra Energy Corp, which mainly operates in both Canada and the United States, has 4.8 million barrels of crude oil storage, about 300 billion cubic feet of natural gas storage and 21,000 miles of natural gas and crude oil pipelines.
Enbridge had acquired a minority stake through a joint venture in the Bakken Pipeline system in the last month. It had won the auction for a stake in one of Europe’s largest offshore wind power projects, EnBW’s Hohe See,  too.
“The transaction premium recognizes the strength of Spectra Energy’s world-class natural gas pipeline system and significant expansion program while providing shareholders the opportunity to participate in the unparalleled value creation potential of the combined company,” Spectra CEO Ebel said in the press release.
Spectra Energy shares surged over 13% in trading, while Enbridge shares gained nearly 5%.