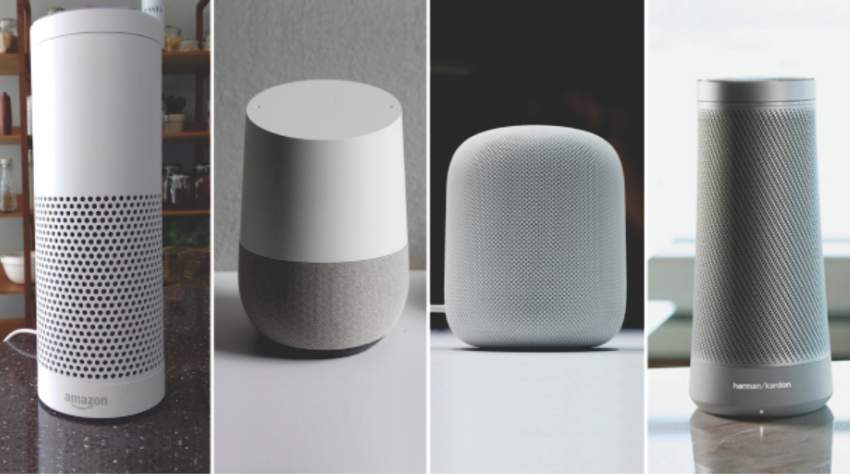 The latest reports suggest that there is great news for technology based companies and gadget manufacturing enterprises as the industry experts and foreseers have informed that the voice-enabled power speakers will reach almost every household by the end of this decade. People are changing their lifestyles and with the rise in the pressure of their work, people are now becoming more technology dependent and relying massively on the automated and smart devices.
People in the US are now adopting more voice-enabled smart devices like Amazon Echo, Sonos One and Google Home. The intellectuals of the technology driven industry says that these devices will soon be installed in a majority of US households by the year 2022 and the statistical figure is estimated to be 55 percent. In numbers, it is expected to reach an estimate of around 70 million households who will have at least one of these smart speakers in their home. The experts say that the total number of installed devices will reach an approximate of 175 million.
The industry forecast says that around 35.6 million US consumers would be using a voice-activated speaker at least once per month in 2017, representing around 128.9 percent growth over last year. An independent survey reported that the adoption of smart speakers are increasing almost daily but still the usage of such devices are not that much adopted and people are still preferring their voice assistant on their smartphones.
The maximum usage of voice assistant is expected to be seen on smartphones with an approximation of over five billion voice assistants to be installed on smartphones worldwide by 2022. The usage of voice assistants is clear to rise with the availability of smart devices like smartphones, smart TVs, smart remotes, and smart speakers.
The reports have apparently indicated that Amazon is leading the market of smart speakers with an expectation of 70 percent share in this year only. It has further stated that Amazon’s Alexa platform could lead to around $10 billion in revenues by the year 2020.

Is it Safe to Invest in Bitcoin Now?

What Is a Walking Floor Trailer?