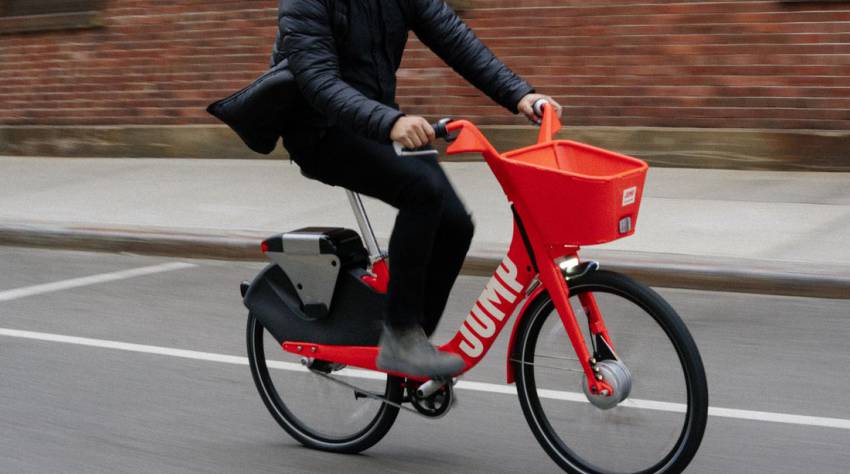 Our familiarity with the ride-sharing concept isn’t newfound. This obvious familiarity has been influenced by the necessity of commuting via local transportation. Ride-sharing tech has been at our disposal since a couple of years. The provision of this instant pick-and-drop service has made intra-city travel much easier and comparatively cheaper than older car rental services. However, recently, a similar concept has been conceived to make commuting hassle-free and self-driven called the “Bike-sharing” system.
The ‘Bike-sharing’ system is on an unstoppable growth witnessing the need for easy availability of transportation, costing less and helping citizens to contribute to environment protection. These services provide bicycles for shared usage from a dock and return it in another dock within the city. Considering the spiking growth rate of this paid service bike-sharing concept, Uber has acquired a bike-hire startup called Jump Bikes. They’re a dockless electric bike sharing system serving in Washington, D.C and San Francisco. This startup lets riders rent electrically powered “pedal-assist” bikes through their app.
Uber already had an affiliation with Jump in San Francisco and now claims that it looks forward to supplying the bikes in the global market. Jump CEO Ryan Rzepecki expressed that Jump’s choice to sell to Uber was made possible by understanding Uber’s ability to realize their Jump’s vision to a larger user outreach and in a much lesser duration. While, Uber chief Dara Khosrowshahi said, “We’re dedicated in bringing together multiple methods of transportation within the Uber app – so that one can choose the fastest or most convenient way to get where one’s going, whether that’s in an Uber, on a bike, on the subway, or more.”
The bike-sharing market is expanding at an average annual rate of 20% and is set to be valued between $4.46bn and $6.67bn by 2020. David Bailey, a professor at Aston Business School, stated that, “Uber is looking at this partly because it is a fast growth area, but it is also looking forward to a time when people won’t own cars.” It can be assumed that this strategic expansion emerged from the need of tackling Uber’s competitors in the global market.

Top Online Casino Game Providers: Who are They