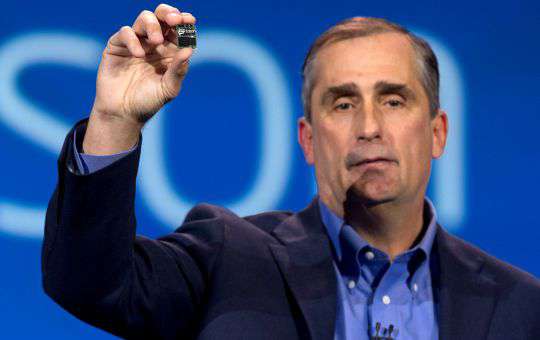 Brian Krzanich, CEO, last week announced at the Intel developer conference that it’s working with Google’s Project Tango to bring depth sensing capabilities to Android phones. The phone equipped with Intel’s RealSense cameras could scan a living room in 3D in just a few seconds. The fact is Qualcomm already beat them to it. Only a few months earlier at Google’s developer conference, Qualcomm appeared with its own reference designs for depth sensing in phones equipped with Qualcomm’s Snapdragon mobile processors. Both Intel and Qualcomm are expecting big things soon in the field of computer vision – the term for how computers process and understand images.
Intel’s depth sensing technology provides PC makers with a software development kit and a 3D camera to start giving PCs “senses.” With RealSense, the PC camera can map out the world with highly detailed 3D scans and pick up things like depth. The chip makers have managed to get RealSense into a few laptops and atleast in one tablet. Microsoft’ latest operating system released Windows 10 enables PCs to make more use of computer vision – Windows 10 offers a feature called “Windows Hello” that uses RealSense on PCs to unlock the computers with facial recognition.
Jim McGregor, founder and principal analyst at Tirias Research stated, “The PC just isn’t an interesting platform now, It’s hard to redefine the PC for new applications.”Qualcomm senior vice president Raj Talluri said, “There’s just a lot more use cases for depth sensing when it’s in a portable handheld device, And there’s so many more phones than PCs now.”
Qualcomm has a huge leg up on Intel because of its preeminent silicon providers for the mobile age. McGregor said,”What Intel offers in computer vision is less about the hardware and more about the software”. Intel is trying to set its RealSense software with its general-purpose CPU chips, while Qualcomm has dedicated silicon for processing images — digital signal processors and image signal processors. That makes Qualcomm’s chips much more efficient for computer vision.
Talluri said, “To do image processing, you need extremely low-power and high-performance chips, which is what we do with phones, These are not PC processors.” Right now, drones are typically made from a hodgepodge of multiple vendors providing components like the processor, camera, motion control, video encoder, WiFi, GPS, etc.
Still Intel has improved in pushing RealSense into drones. Krzanich announced at Intel’s 2015 Consumer Electronics Show keynote in January, Intel was working with a German drone maker Ascending Technologies on collision avoidance technology for autonomous drones. Intel then showed off a flurry of drones equipped with the Intel cameras buzzing around on stage and avoiding colliding with each other.
Analyst McGregor added, Besides phones and drones, the most exciting area of computer vision is in cars. As cars start becoming more autonomous, they’ll need to be able to process images and other sensor data to figure out what’s around them — be it a dog, a person, a truck or anything else.
Qualcomm announced an automotive-grade Snapdragon chip called the 602A in 2014. Snapdragon-enabled cars should be coming onto the market sometime next year.
Talluri pointed out, But so-called computer vision isn’t exactly a new phenomenon. When taking a panoramic shot on our phones, for example, the camera needs to match images together and stabilize the motion.
McGregor stated, The difference today is that the technology is advancing and companies are finding more places to make use of computer vision. “These guys are looking for new markets,”.

A California Assault on Free Speech That Would Shock the Founders