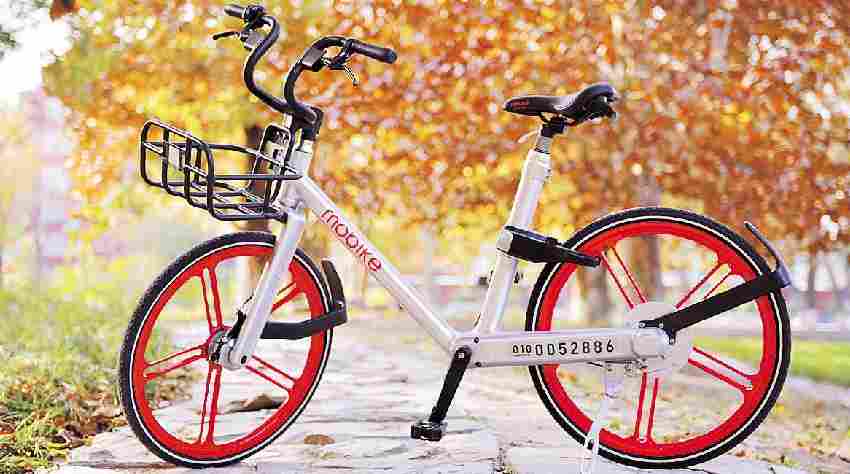 China’s one of the biggest ‘dockless bike share’ companies, Mobike, is now looking for its world domination by announcing its official launch in Manchester and Salford. The company already operates nearly 5 million bikes in China and is further backed by Foxxcon and Tencent & has got the support of city councils of both the cities. The service will commence from the end of June with 1000 bikes initially and is likely to expand from there.
The company has recently expanded its footprint into Singapore in March 2017, and with its service expansion outside Asia, it will compete directly with another Chinese bike-sharing startup named Ofo, which is also eyeing the European market by launching their service in Cambridge just two months ago, however, it was launched with only 20 bikes.
Both the startups, however, is now busy in gathering funds for their expansion. Mobike has raised more than $300 million from its backers, who are Foxxcon and Tencent. On the other hand, Ofo has got a massive funding of $450 million. Unlike the western countries, where shared bikes are rented from docks, Mobike users will be able to find bikes via their phone’s GPS and an app & then they will be able to unlock the bike by using their phones. However, various cities of China have seen the company’s bikes to be littered haphazardly around the cities or dumped in the bushes or alleyways as the users don’t need to park the bikes in the purpose-built parking area like the docked bike-sharing. In this case, after reaching their destination users can park the bike anywhere they would like with no need to return it to any dock.
Recently another dockless bike-sharing startup service, YoBike, has launched its service in Bristol with around 500 bikes and as per the company, it has got a brilliant initial response for its service.
Countries like Singapore are encouraging its residents to use the bike sharing platform to reduce traffic jams and pollution. However, this platform come with its own set of problems like; congested sidewalks or broken bikes left in mangled piles etc. In response, the Chinese government is planning to issue a national regulation this year. Now it would be interesting to wait and watch how Western countries tackle the problems related to bike sharing.

What Type of SEO Is Right for Your Business?

3 Types of Industrial Espionage: Here’s How to Never Let Your Guard Down