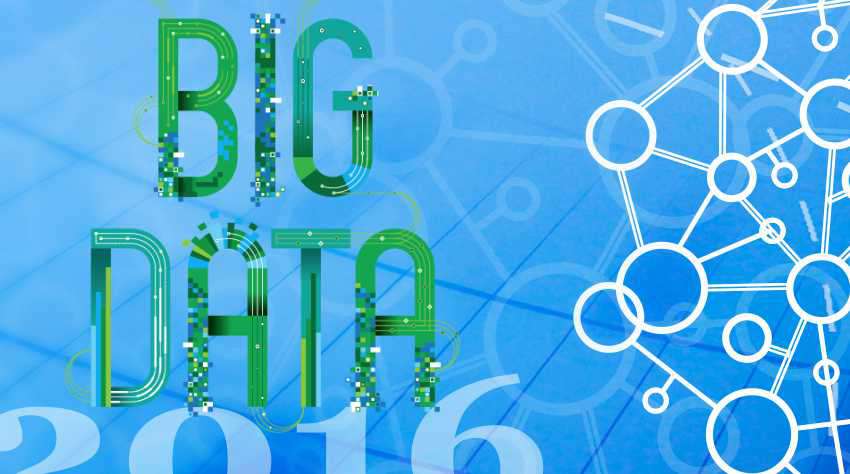 Big data is a term that describes the large volume of data – both structured and unstructured – that inundates a business on a day-to-day basis. But it’s not the amount of data that’s important. It’s what organizations do with the data that matters. Big data can be analyzed for insights that lead to better decisions and strategic business moves.
Big Data has seen a huge leap forward in 2015 regarding how it has been represented and used across companies. The adoption rates have grown and the importance of Big Data as a business function has increased, but what are we going to see in 2016?
NoSQL Big Data implementations will use SQL as dominant query language
The most highly used database NoSQL used in Big Data and real time web applications technologies, frequently correlated with unstructured data in last year’s version of trends in Big Data. NoSQL database as a leading piece of the enterprise in IT environment becomes clear as the benefits of schema-less database concepts become more pronounced.
SQL was created as a special-purpose programming language for managing data held in a relational database system. Then NoSQL systems became popular with the burst of data generated in the Web 2.0 world. The philosophies of NoSQL databases were different and SQL was not the best fit for using them. As a result, many NoSQL databases replaced SQL with their own brand new, special purpose query languages. Now the pendulum is swinging back towards SQL. To start, there is much more know-how for SQL around, as generations of computer scientists have their careers focusing on relational databases and using SQL as their query language. As the SQL ecosystem matures, developers will move away from the immature query languages created around NoSQL databases, and back to using SQL as the query language, even for NoSQL databases.
Apache Spark lights up big data
Apache sparks run programs up to 100x faster than Hadoop MapReduce in memory or 10x faster on disk so the number of enterprises choice is “Apache Spark” of the hadoop’s ecological community for Big data. Spark runs on Hadoop, Mesos, standalone, or in the cloud. It can access diverse data sources including HDFS, Cassandra, HBase, and S3. Spark offers over 80 high-level operators that make it easy to build parallel apps and it can be use in interactively from the Scala, Python and R shells.
According to Spark originator and Databricks Co-founder, Matei Zaharia, “Spark provides dramatically increased data processing speed compared to Hadoop and is now the largest big data open-source project.” Higher compelling enterprise use Spark, such as at Goldman Sachs, where Spark has become the “lingua franca” of big data analytics.
Improved Security Scrutiny
Data in 2015 has been in the media spotlight, but not for the ways that many would want. Unfortunately, the data hacks have become more common than many would have predicted, from the Ashley Madison hack to the TalkTalk hack, it has shown up that companies could do more to protect their data. Consequently, 2016 will see an increased scrutiny on how data is dealt with and protected. This will also come at a time when many countries around the world are looking at implementing new data protection and data access laws, meaning that the waters are going to become increasingly muddied.
Within this, companies will need to increase their security spending, improve database safety and prepare for seismic changes in the way that hackers work. It is going to be a difficult year for data security, but it will build the foundation on which future stable and robust data security is created.
Big data gets faster: options expand to add speed to Hadoop
With Hadoop gaining more traction in the enterprises, there will be a growing demand from end users for the same fast data exploration capabilities they’ve come to expect from traditional data warehouses. To meet that end user’s demand, adoption of technologies such as Cloudera Impala, AtScale, Actian Vector and Jethro Data that enable the business user’s old friend, the OLAP cube, for Hadoop will grow – further blurring the lines behind the “traditional” BI concepts and the world of big data.
AI & Machine Learning
As the IoT moves steadily along the Gartner Hype Cycle, one of its most powerful foundations is going to become increasingly important and companies are likely to adopt machine learning and AI within their own systems. It will allow devices to automatically collect, store and analyze data, of which there will again be a huge increase in the next 12 months. Through the use of both AI and Machine learning, it becomes possible for these huge amounts of information to be processed, stored and mined without needing human interactions to do so. It creates the ultimate tool for modern data driven organizations and 2016 will see even more businesses realize this.
The cost of doing Big Data analytics will go way, way down in 2016.
Big Data used to be the domain of large, well-resourced companies that could invest huge amounts of resources into building internal databases. As the “Big Data” revolution took off, and more companies grew interested in analytics, entrepreneurs began innovating ways to push the cost of Big Data down.
Over the past few years, this trajectory has continued, and every year, the cost of analytics decreases. We are now at a tipping point with these technologies. In 2016, the cost will go down so significantly that companies of all sizes will be able to use sophisticated data analytics.
Though these changes and trends may seem disparate, they’re all linked by the need to work with data quickly and conveniently. As Big Data changes and new ways of working with that data pop up, the details shift, but the song remains the same: everyone’s a data analyst, and there’s never been a more exciting job.

Lab-Developed Mineral to Suck CO2 from the Atmosphere-Magnesite