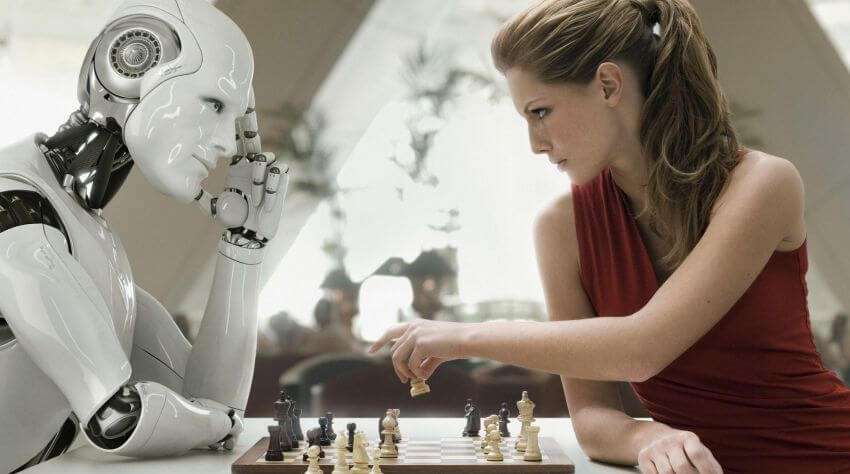 When I saw the Hollywood movies like Transcendence, I, Robot, Terminator, I was thrilled, and only one question came to my mind “Can it become real in the distant future?” All three movies were based on future utopian picturing that Human creation has surpassed Humans and trying to take over them. The idea was not entirely fictional because notion which gave machines an edge over humans in those movies exists in real, Artificial Intelligence. What is Artificial Intelligence? What makes it prevalent are interesting questions.

Artificial Intelligence at the kernel level is the machine’s ability to comprehend based on the set of programmed rules in software which gives a machine power of reasoning and judgment. Sophisticated sensors network with state of the art hardware equipped with special software takes care of learning, knowledge gathering, planning, thinking and language processing using statistical methods, machine learning, image and acoustics processing and computational intelligence. A perfect example of A.I powered machine currently present is Google’s Self-Driving Car. Car embodies an array of sensors with maps which keeps track of street and location, sensors detects the surrounding objects and classifies them based on their features and movement pattern which then fed to the software to predict their next movement, based on this information software decides the car’s speed and trajectory.

You might be thinking that how a comparison can be made between a self-driven car and human intelligence? The answer is the existence of Consciousness and free will. Philosophy of Artificial Intelligence tries to deal with similar questions: Can a machine have sub consciousness, rational thinking and consciousness in the same sense humans do? Are human intelligence and machine intelligence the same?. Turing test tries to answer these questions up to some extent. Alan Turing while working at the University of Manchester in the year 1950 formulated that, “If a machine and human have a natural conversation through typed messages from separate rooms, a machine is considered a sentient being if it manages to convince that human is conversing with another person, that it can think.”

It’s not easy to compare A.I with human intelligence, because our ability to understand and reason with decision-making is based on more than intelligence, experience, and values. Current human intellect is a result of continuous evolution happening since hunter-gatherer era, and the driving force behind this progression is the ability to process information about its environment and adapt accordingly.

Humans think in a nonlinear fashion, decisions made by humans are driven by logic and emotion, which has no match for a machine right now. Machine’s ability is limited by the capability of its program. A machine can be made to process data faster than human beings, and a machine can store data far beyond a human can imagine, but you cannot program intuition and consciousness into technology.

It’s a nontrivial task to estimate accurately the information processing capacity of the human brain which drives the intelligence, but scientists have estimated that human brain is capable of 100 Million MIPS (million computer instructions per second). There are 100 billion neurons, each capable of making 1000 connections that represent 1000 synapses, multiplying both gives 100 trillion data points or 100 terabytes of info. Even if we assume that we have programmed A.I software which can match intelligence capabilities of humans but it will require a tremendous amount of compute power and currently no supercomputer on earth is present currently to match these capabilities. This estimation is supported by a recent study by two Ph.D. students at University of California, Berkeley, and Carnegie Mellon University. They have formulated a method for comparing supercomputers to brain measured in Traversed Edges per Second (TEPS), and compared IBM’s Sequoia supercomputer which holds TEPS benchmark record of 2.3 x 1013 TEPS to brain and found that max estimate of human brain’s capabilities is 30 times as powerful as IBM’s supercomputer.

With the present development in A.I technology, I cannot imagine machine doing photography which requires creativity and imagination, performing an angioplasty, dealing with human psychology and guiding a kid to pursue a definite career path. I have not stopped believing that in the distant future these tasks would be impossible for a machine, but not now, maybe in 2080?