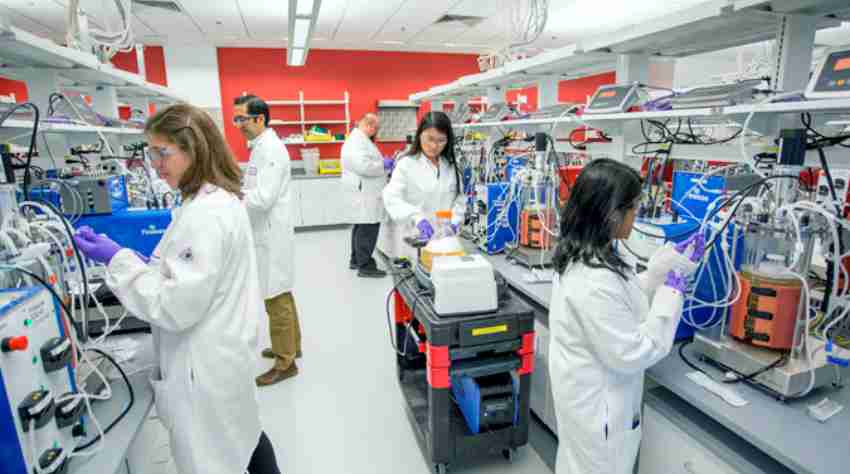 Recursion, a pharmaceutical drug discovery startup situated in Salt Lake city, Utah, has announced a $60M funding in round B Series, led by Data Collective (DCVC).
Recursion came into focus in 2014, with a startup idea of Producing 100 new drugs discovery for treatment of diseases in a decade. The company is using Machine Technology and Artificial Intelligence (AI) advised by Dr. Yoshua Bengio in its new drug discoveries.
Recursion has approached to a broad spectrum of diseases to find their treatment through possible chemical combination for an average eight diseases a week. It is turning biology into data science solutions, according to the details provided by its Co-founder Chris Gibson.
Recursion came out with a lofty idea in a highly competitive market. Discovery of a single drug can traditionally take decades and millions of dollar investment, with a high failure rate in drug testing, before coming into research. It has changed its approach, by modeling numerous diseases in human cells and capturing millions of high quality microscopic images, Recursion is creating the largest biological image dataset. It`s growing by capturing more than 2 million images and 20 terabyte of data per week. This approach, which Recursion pronounced as ‘Phenomics,’ enables unbiased discovery of Biology, drug testing targets at an unprecedented scale and pace.
Zavain Dar of Lux Capital, Recursion’s series A top investor, made a public note, “Recursion, with its Artificial Intelligence and Machine Learning approach can produce high yield result in new drug discoveries and are immediate transmittable to its Pharmaceutical partners with building out a massive internal discovery pipeline for diseases that in present has cure available along with the diseases which have no cure till now”.
Recursion has now gained the trust of new investors which include Menlo Ventures, Two Sigma, CRV, Mubadala and Angel investors along with Lux Capital again in the race of investment in Series B round of investment. It has reached almost $80M of funding till now, including $20M of funding from Series A round of investment in its basket. Recursion knows the value of capital and competition; it has already developed more than 30 discovery programs across more than 24 diseases, with its main program stated to come on the pharmaceutical floor in 2018.

Japan Healthcare Analytics Market to Exhibit Phenomenal Growth Over 2017-2024, Presence of Advanced Medical IT Infrastructure to Spur the Regional Demand