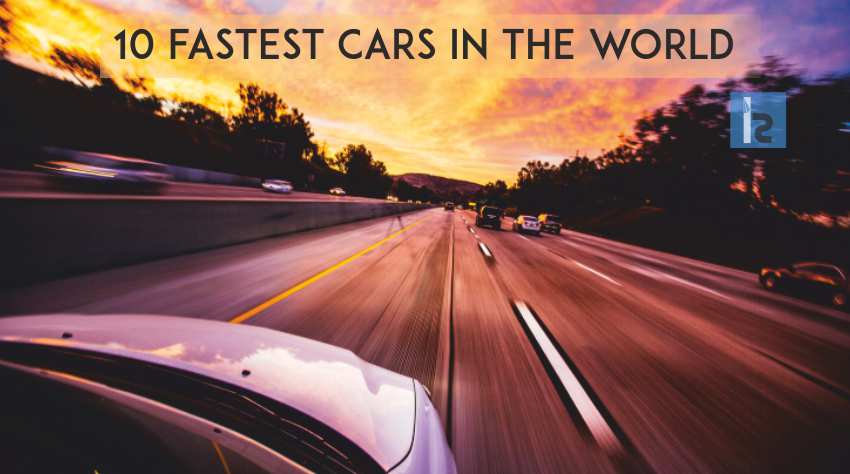 Design and speed are the most talked-about subjects when it comes to the automobile industry but speed is the one everybody cares about the most. Automobile industry has never failed to surprise the world by producing revolutionary auto-works since its inception. If being fast is concerned, the market is filled with a range of fastest cars at a reasonable price. As per velocity specifications, below-mentioned cars are the fastest production in the world right now, excluding racing and custom job cars.

Agera RS has the same previous Agera S engine, which now puts out an incredible horsepower (hp) of 1160. As of November 2017, the Agera RS is the worlds fastest car. Its average top speed is 447.2 km/h (277.9 mph) and a fastest straight-line speed of 457.94 km/h (284.55 mph).
Hennessey Venom F5 has claimed to achieve 301 mph however, Hennessey has yet to confirm its top speed with Guinness World Records and that’s why Koenigsegg Agera is still the official fastest car in the world.

Hennessey recorded a 270 mph run in the year 2014, but only in one direction and that’s why it is not recognized as the world’s fastest car by the Guinness Book of World Records. Usually, a manufacturer has to record run in both directions and then the average of both speeds is taken due to the factor of wind. Although, the Guinness Book of World Record holds Venom GT for the fastest to reach 0-300km/h in 13.63 seconds.  The Venom GT can take 0-60 mph in 2.7 seconds and 0-100 under 5.6 seconds. It should also be noted that this is the world’s fastest convertible sports car.

The CCR managed to take the Guinness record for the world’s fastest production car in February 2005. The CCR has a more powerful engine with twin Rotrex Superchargers producing an 806 hp at 6900 rpm with torque 920 Nm at 5700 rpm. The car’s acceleration test reveals that it can go 0-100 km/h in 3.2 seconds with the top speed of 242 mph. Koenigsegg CCR broke the 8-year-old sensational record set by Mclaren F1.

Danish supercar manufacturer created its twin-charged 7011 cc LS7 V8 engine which generates 1104 PS at 6900 rpm and 1430 Nm of torque at 4500 rpm. The car set a 0–100 km/h (62 mph) time in 3.0 seconds, with 0–200 km/h (124 mph) in 8.9 seconds, with a top speed of 375 km/h (233 mph).
Records are made to be broken
It is safe to declare that these records will never stay the same. Hennessey Venom F5 is a test away from becoming the fastest car in the world. Industry giants like Porsche, Ferrari and McLaren all have lined up their hybrid electric supercars for the road and Lamborghini is even looking beyond something like that. The theoretical project of Lamborghini is called “Terzo Millennio” which means “Third Millennium” and that’s 982 years from now. It will be fascinating to perceive what these companies have under their sleeves.
-Anmol Preet Singh

Samsung’s Most Awaited Fully Functional Foldable Phone Is Going to Release in This Year!