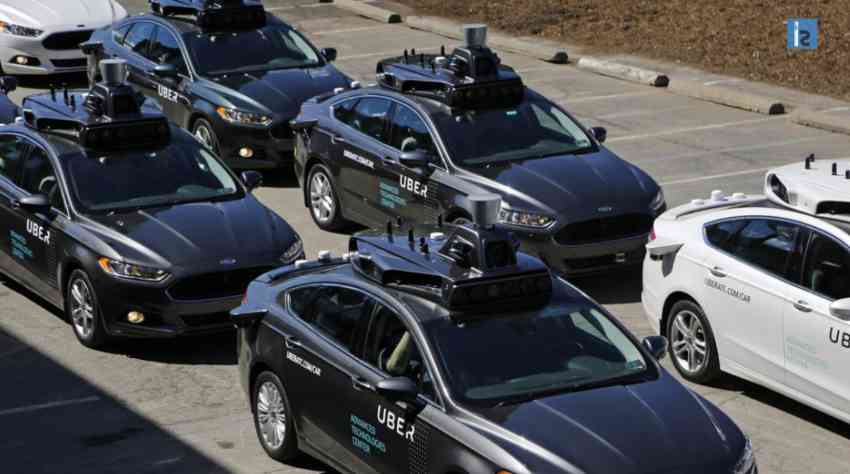 Toyota Motors Co. and Uber Technologies are sharing words over installing the self-driving system in Japanese Leading Car Manufacturer. Uber autonomous driving technologies have raised the possibilities of a start in the production of automated cars by Toyota Motors.
Some Japanese news provider stated that the U.S. ride-hailing firm’s CEO Dara Khosrowshahi had a meet with certain Toyota executives in States regarding negotiation in a technology sell-off deal and discussion of the possibilities of installing Uber’s automated driving technology in minivan models of Toyota.
Toyota has had been working in the development of automated vehicle sector, but with this collaboration of two giants of respective fields, the process could be faster than expected earlier.
A spokeswoman for Toyota says, “We regularly exchange information about automated driving with Uber for some time now.”  Later justifying the previous statement she added that no other decisions have been made in considering this partnership.
An analyst from Toyota Motors exclaimed that the company is working with Uber in order in developing a system for self-driving vehicles for both tasks like ride-hailing and parcel delivery.
Meanwhile, world’s huge technological giant Alphabet Inc.’s have already developed and working on their own self-driving analogy system Waymo. As technology is moving further day by day, the demand for the adaption by consumers is respectively increasing. The race in self-driving cars has been initiated by some companies, in-hand Toyota Motors buying Uber’s technology has acted as a catalyst to the race.
According to earlier reports, Uber has been testing autonomous vehicles in the United States and has been working with Volvo Cars and Daimler AG on driverless cars. Toyota, Uber working as a single-unit in this sector could be an emerging rival to other self-driving car companies. On the other hand, the Japanese automaker refuses to disclose the share stakes in Uber.

8 Things to Remember About Car Trims