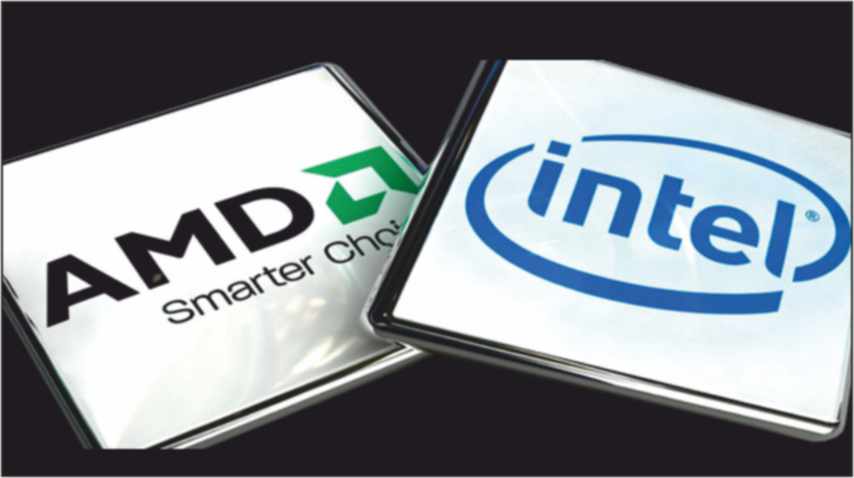 Intel is producing its 8th generation Core processor computer, combining a high-performance H-series Core processor with second-generation High Bandwidth Memory (HBM2) and a custom AMD Radeon discrete graphics chip, all in a single processor package. This will result in portable PCs that are both thin & light and powerful. The new notebook computers that use this chipset will arrive from major PC makers in early 2018, Intel says.
According to the statement given to the press by Advanced Micro Devices President Scott Herkelman- “ Together we are offering gamers and content creators the opportunity to have a thinner-and-lighter PC capable of delivering discrete performance-tier graphics experiences in AAA games and content creation applications.” This new semi-custom GPU chip will put the performance and capabilities of Radeon graphics into the hands of an expanded set of amateurs who want the best visual experience possible.
A statement is also given by Intel VP Chris Walker that-“ In close collaboration, we designed a new semi-custom graphics chip, which means this is also a great example of how we can compete and work together, ultimately delivering innovation that is good for consumers.”
Basically, it seems like Intel is intentionally want to partner with one of its oldest rivals AMD in order to help stave off one of its top current ones in the bargain. This partnership will put these two in competition against nVIDIA.
AMD has already pressed nVIDIA on its GPU business lately, introducing products designed to fit similar functions. The product after collaboration will eliminate the requirement for a beefy standalone graphics card will give AMD some additional space to grow, while making it possible for PC makers to develop designs that don’t require the space and heat sink requirements of a full-fledged graphics card. So, with the above collaboration, consumers are going to benefit with the innovative technology deployed in notebook computers.

Japan Healthcare Analytics Market to Exhibit Phenomenal Growth Over 2017-2024, Presence of Advanced Medical IT Infrastructure to Spur the Regional Demand