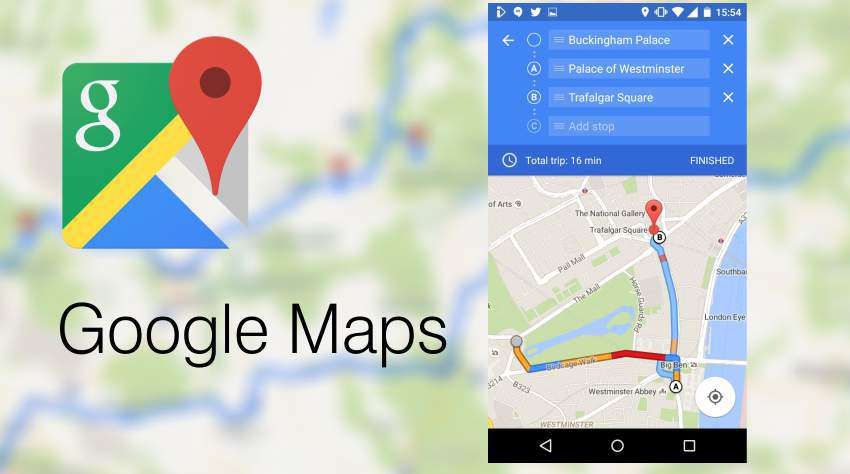 The much awaited feature has been enabled in the Google Maps mobile version without any official announcements. The existing version need not be updated to avail this feature.
The feature was already available in the Google Maps web application. Majority folks use mobile application for their travel planning. Google analyzed the existing drawbacks of the mobile version and came forward with this must have feature. It puts an end to the frustrations caused when one cannot add the stops in between the journey. This is absolutely a blessing for those who rely on Google Maps mobile to plan their routes.
Both Android and Apple users can enjoy this new update alike. This is a server side update and hence the necessity to update from users’ mobile is neglected. While adding an interim location into the route, one just needs to touch on the ‘+’ icon at the bottom of the screen and add places. The app will now suggests you the best route to reach the destination. The transit will be added to the club soon.
Google always gives utmost attention to its users. Google has been analyzing the problems with Maps and Navigation for a longtime and started working on the issues to solve them. They have also come up with enhanced features in ‘Google Earth’ to enable users scroll around the globe with better clarity, higher resolution render and better depth impressions.

Employees Increasingly Concerned With Safety at Work? – 7 Steps Your Business Should Take

How IoT is Boosting the Fintech Industry to New Heights

Best 10 Tips for Growing Your Blog