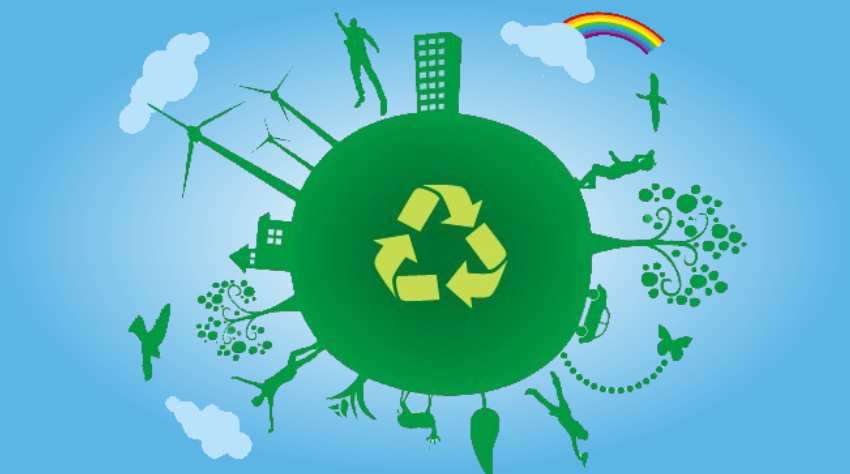 Every human loves clean and green environment. But due to intervention of human being, environment is badly affected. Whatever mistakes done by human being are not only affecting them but also all living beings.
Reason for the Change
The main causes of increased pollution on our Planet are due to burning of fossil fuels, improper dumping of waste like electronic waste, biological waste, industrial waste and increased urbanization. This results in air, water and soil pollution, which directly or indirectly affects human beings. As a result of that human being is becoming more environment conscious and finding the ways to clean the environment.
Fossil fuels are finite and will be gone one day or become too expensive to use. Burning of fossil fuel is the main cause of air pollution. Whatever heat created by fossil fuel is not 100% utilized. Some amount for more than 50% is released in earth atmosphere. So it creates a need of alternatives.
New ideas and innovations are going on for clean energy, perfect dumping of waste, and planned urbanization and this has become a new industry.
Need for Change
Pollution mainly tends to ill-health of human being like heart diseases, lung diseases, and skin diseases. It also has effects on environment like it changes pattern of raining, melting of glaciers on poles due to greenhouse effect tends to increase the sea level and the ozone layer depletion of earth. This makes human changing from their conventional habits.
Effort made
New innovations and technologies are being implemented so that less pollution is done. And renewable energy resources has started using like First-generation technologies, which are already mature and economically competitive, they includes hydroelectricity, biomass, geothermal heat and power. Second-generation technologies are market-ready and are being deployed at the present time; they include solar, photovoltaic, heating, wind power, solar thermal power stations, and modern forms of bioenergy. Third-generation technologies require continued R&D efforts in order to make large contributions on a global scale and include advanced biomass gasification, hot-dry-rock geothermal power, and ocean energy on earth.
Government Efforts
Governments of developed and developing countries are providing large subsidies and support for renewable energy applications like in domestic, industrial uses purpose.
Making rules like antidumping policies, making norms like EURO, BS, USES, creating awareness in people, uses of clean renewable energy for the production of electricity, banning highly polluting elements, dumping waste properly.
Industrial Efforts
Industries are also making great efforts for clean earth by implementing green energy, dumping waste in proper ways and innovating new technologies for cleaner and greener earth.
Some great Innovation in Renewable Energies and Green Fuels
Airplane flying on solar energy
Vehicle running on hydrogen fuel cells
Solar-powered ovens
Solar-powered water pumps
Opportunities for the Industries
Innovations and investment in renewable energy has done by some companies which include some research in hydrogen fuel using water for vehicle, some for electric vehicles and some in renewable energy. Big companies like Toyota, Tesla, and GM has already done big investment in electric cars.
So lots of space for new entrants in this field, as fossil fuels are finite once they vanish we will have to concentrate on new options and increasing pollution level is also ringing a bell of danger. In the future we will not see any coal thermal power plants or gas turbines because whole world will accept new fuels which pollute less or not pollute the earth atmosphere.
Then some other opportunities are – dumping solution for electronic waste and industrial waste, urban planning, producing pollution reducing elements, producing biofuels, energy efficiency improving equipment.
So biggies are more investing for the great future of their industry and rest of the world, and there lots of opportunities out there, but how they will adopt and make world a better place for mankind will be interesting to see.

Should you Buy YouTube Views? Here’s How to Find Them