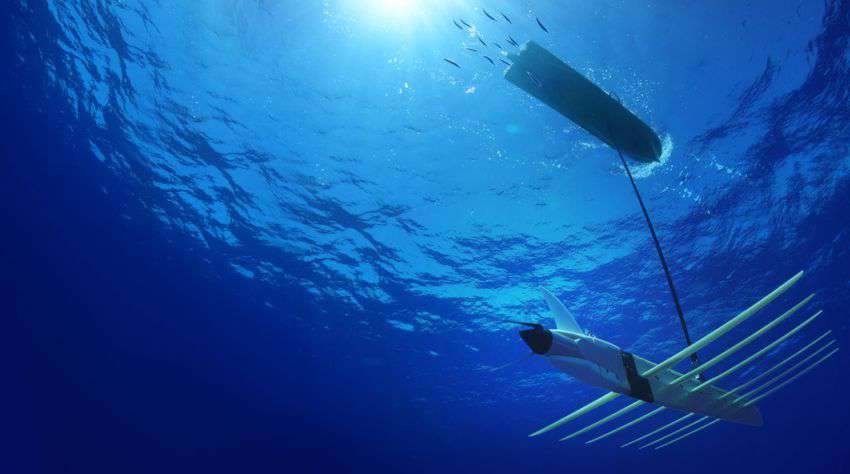 SUNNYVALE, CA, MARCH 10, 2016 – Liquid Robotics®, the pioneer of wave and solar powered ocean robots, today announced that its fleets of Wave Gliders® have reached 1 million nautical miles at sea—an important milestone for the unmanned surface vehicle (USV) industry. The Wave Glider is the first USV to complete missions from the Arctic to the Southern Ocean, operate through 17 hurricanes/typhoons, and achieve a Guinness World Record for the “longest journey by an autonomous, unmanned surface vehicle on the planet.” One million nautical miles is the equivalent to 1.29x round trip journey to the moon (at the moon’s furthest point) or approximately 46 times around the world.

“A million nautical miles at sea is an important threshold for Liquid Robotics, our customers, and the unmanned surface systems industry,” said Gary Gysin, President and CEO of Liquid Robotics. “We’re leveraging this expertise to help build an ocean sensor network with Wave Gliders serving as the communications hub and mobile sensor platform. Our vehicles are collecting and transmitting data today that is too costly or difficult to obtain, but is vital to our understanding and protection of the ocean.”

Over the past decade, government and commercial organizations have turned to unmanned ocean robots to lower the cost, risks, and improve ocean access, allowing better measurement, monitoring, and understanding of maritime environments. In the Defense, Oil & Gas, and Scientific markets, Wave Gliders have been deployed to extend the range and effectiveness of traditional observation and surveillance systems. Missions have been conducted in all five major oceans collecting and communicating environmental, security, weather, and seismic data.

Liquid Robotics designs and manufactures Wave Gliders, the first wave and solar powered autonomous ocean robots. With our partners we address many of the planet’s greatest challenges, by transforming how to assess, monitor, and protect the ocean. We solve critical problems for defense, commercial, and science customers.