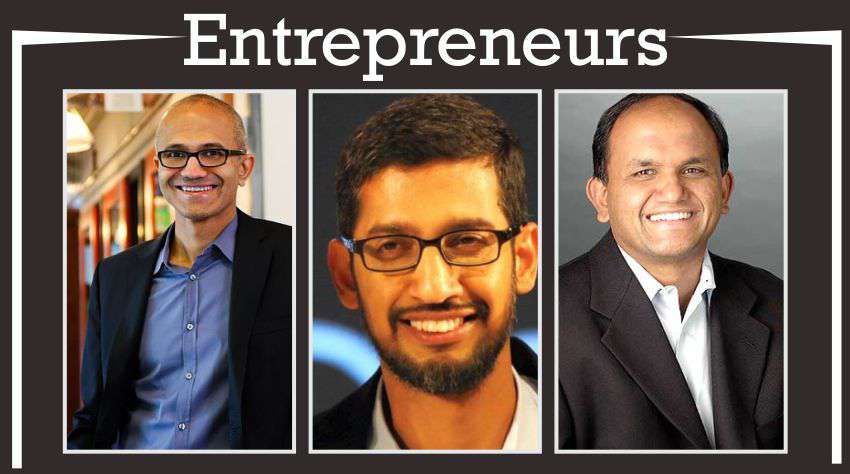 Witnessing the pacific globe of advancement, where each individual is inclined to outshine with his innovative ideas, an inner thirst to achieve and a consecutive will power remains to be the greatest driving force behind every milestone. As a matter of fact, that advancement has been attained with a miraculous development in technology, which has now become a necessitous part of our life.

The Technology sector has been the biggest platform in this world to showcase one’s talent and capabilities, where Indians are ruling the industry on a giant level, securing the best position all across the sphere. Excellent education, technical expertise and an ability to work in difficult situations, are boosting Indian businessmen to stretch the boundaries of their dreams.

Keeping a constant eye on the success stories of top leading IT companies of the world, here are the names of some dexterous Indian leading CEOs, who have proved their excellence with ultimate passion in the industry.

Amidst widely appreciated names in the list of successful business tycoons, here comes the name of Satya Nadella, who is an India- born American business executive, being one of the biggest names in technology spaces. Born in Andhra Pradesh in 1967, he completed his studies from Hyderabad and he brushed up his engineering skills later in MIT, Manipal. Earlier, being a member of the technology staff at Sun Microsystems, he joined Microsoft in 1992, which was an astonishing U turn of his career. Later he gained the trust of company’s members as a leader who could span the breadth of technologies to transform some of Microsoft’s biggest product offerings.

An established truth lies in the fact that Indians have broadly achieved great strides in the global arena. Holding a gratifying position as CEO of Google, the charismatic Indian youth, Sundar Pichai, who was born in Chennai, has stretched all boundaries from acquiring significant posts in Google to becoming its CEO. Pichai had joined Google in 2004 as a product manager and put the innovative efforts for several of Google’s products including Google Chrome and Chrome OS which went on to become highly successful. Eventually, he took over the management of other Google products like Gmail and Google Docs, and rose through the ranks rapidly and contributed his successful devotions to Google. As it’s said that “footprints of childhood symbolize our actions in future”, Pichai was bright and creative from a very young age. With his conspicuous rise, he has become an inspiration for all, activating others to be like him. Pichai became an internationally known figure following the phenomenal success of the Chrome, which eventually became the No. 1 browser in the world, surpassing competitors such as Internet Explorer and Firefox.

Ranked as one of the world’s top paid tech CEOs, Shantanu Narayen is a blend of multiple skills, that includes his best leadership qualities, broad technology vision and operational proficiency. He grew up in Hyderabad and completed his qualification in electronics engineering later. Nine years after serving his sheer determination to Adobe, he was appointed as CEO in 2007. As a matter of fact, his whole heartedness towards adobe helped him expand the Adobe product portfolio.

“Golden words are not enough to describe them, but their ultimate work will keep on lurking in our minds till eternity.”

A Seismic Change in Oil and Gas Industry