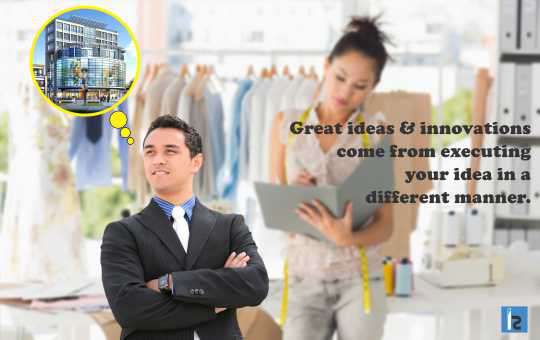 In the heart of every entrepreneur their lies a great idea. Some ideas sounds so simple we were tend to think that why anyone before didn’t came up with this. And others are so imaginative we are amazed that how the thoughts can approach to someone’s mind at all. But those great ideas don’t come on command. And that leaves loads of same questions to be asked by the would-be entrepreneurs: How did other people can get inspiration to strike – and how can we practice the same magic?

How entrepreneurs get inspiration for ideas of starting a new ventures?
Here I am taking the privilege to highlight some of the sources of the inspirations:
First watch for your Priorities –
Ideas for startups often begin with a problem that needs to be sorted out first. And they don’t usually emerge while you’re sitting around sipping tea or coffee & thinking deeply about life. They tend to reveal themselves while you’re hard at work on something else.
Age doesn’t Matter –
As Mark Zuckerberg of Facebook, Steve Wozniak & Steve Jobs of Apple, are the young entrepreneurs who started their venture at the early stage. By reviewing their success stories many people prepared their mindsets that coming up with the great & big ideas is just prone to young people only. The typical entrepreneur is a middle-aged professional who surveys about a market need & starts a company with his own savings.
Feel Alive Always –
Building a business is hard and takes the kind of constant input that comes from personal passion. The question arises here is “How?” Great ideas & innovations come from executing your idea in a different manner. A great way to do this is to look outside of your industry to see how others are solving problems.
Ideas are infinity, we just need to decide upon –
Possibly the biggest factor that reveals whether or not an entrepreneur will be successful we are not talking about the business idea, but it’s the entrepreneur’s will that enables them to convert their idea into reality. Great ideas are abundant, but matters what we decide to do with them.
Showcase your Idea in the Market –
It’s mandatory to view an idea in two ways: first, notice the initial inspiration for the business, and second, the often very unique concept that ends up being executed to build a new company. Entrepreneurs typically think of these ideas as the thing that sets these great entrepreneurs on the path of success. However, an idea is only that until you do something with it. Some entrepreneurs also analyzes the strategies to broadcast the new innovative solution to the market.