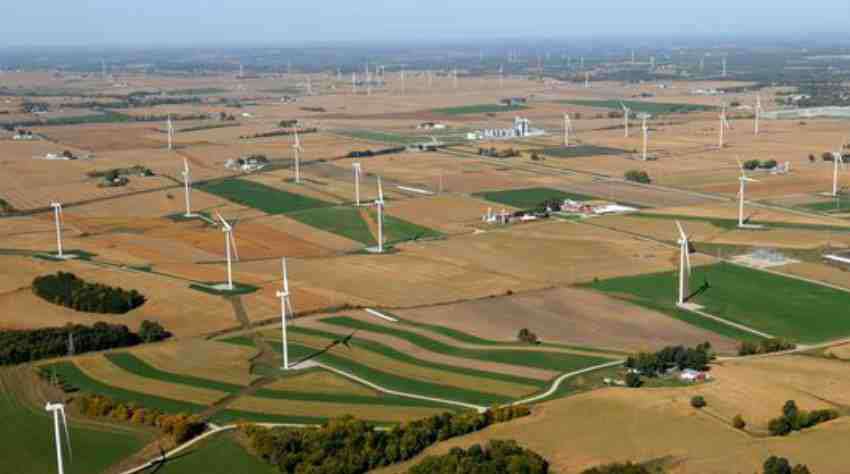 General Electric (GE) announced that it will be launching a four turbine project, which will store energy from the rotating blades of the turbine to collect water, which will then generate hydroelectric power. It is a first of a kind, leading example of combining the two energies in one to provide reliable sustainable energy. The project, which will be launching in Germany, will help engineers to store water inside the wind turbines, allowing the turbines to act as giant batteries when the wind stops blowing.
The blades will be pumping water about 100 feet up inside the tower, another 9 million gallons of water is stored inside the basin below. When the wind stops blowing, the water falls from the height to generate potential energy and produce hydroelectric power.
Normally, wind farms don’t store excess energy generated as it is too expensive to store. Besides the excess energy harvested goes straight to the grid driving down energy prices or the turbine shuts down. This project has invented an affordable solution to store excessive energy in a natural reservoir and incorporate source and storage in one system.
The wind farm, built in Germany’s Swabian-Franconian Forest, will feature the tallest turbines in the world at 809 feet (246.5 meters). At its full capacity, it would produce 13.6 megawatts, along with another 16 megawatts from the hydroelectric plant. The Project is developed by German firm Max Boegl Wind AG and GE Renewable Energy. According to their estimations, the wind farm and the hydro power units will be finished by 2018.
Germany is in the midst of an energy transformation, as it attempts to eliminate the use of fossil fuels. Germany is aiming to draw its 45% of its energy from renewable sources by 2030, with the average current draw of mix renewable sources of 33%.
GE claims that it is a first major project to integrate water storage in turbines itself. If successful it will be a beacon to other such projects in the future.

What are the benefits of the product 3D visualization?

How to leverage satisfied customers to create more business