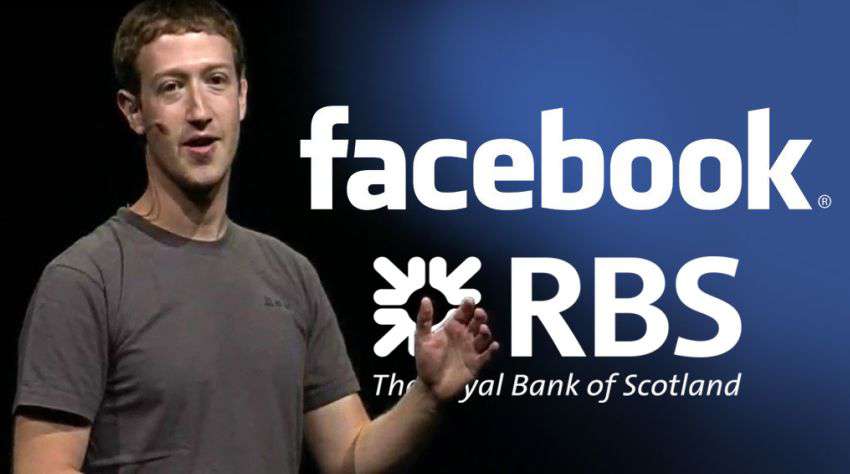 Earlier this year, Facebook introduced Facebook at Work: an enterprise version of the social network that Facebook had designed for businesses that want to build social networks for their employees. After months of experiments, Facebook has announced its biggest customer yet- the Royal Bank of Scotland , which plans to have 30,000 workers on its FB@Work network by March of next year, and its entire workforce of 100,000 using the platform by the end of 2016.

This new deal signals a new phase for Facebook at Work. It reveals Facebook’s ambitions to scale this B2B service just as it has its consumer product. And it also demonstrates how enterprises are taking Facebook’s effort seriously.
Julien Codorniou, the London-based director of global platform partnerships at Facebook who leads Facebook At Work, informed that there are now around 300 businesses using Facebook’s enterprise version.
Some of these include, some well-known names like drinks company Heineken, whose U.S. workforce is trialling the product, 4,000 employees from real estate firm Century 21 are also on the platform.
Facebook is not yet charging businesses to use it, but it plans to do so soon.
Codorniou said in an interview, “We’re still in beta, but we do plan to monetize, based around a freemium business model,” and “We are also building sales and marketing teams for Facebook at Work across the globe right now.”
Besides that will come an evolution in the service that will see it competing squarely with other enterprise communication platforms such as Yammer, Chatter at Salesforce, Hipchat, and the very fast-growing Slack.
It appears more than just a coincidence that Codorniou notes that “every time someone sends an email to more than one person or a list, we see an opportunity for Facebook at Work.” Email overuse and misuse is exactly the thing that Slack CEO and co-founder Stewart Butterfield has said his product is approaching.