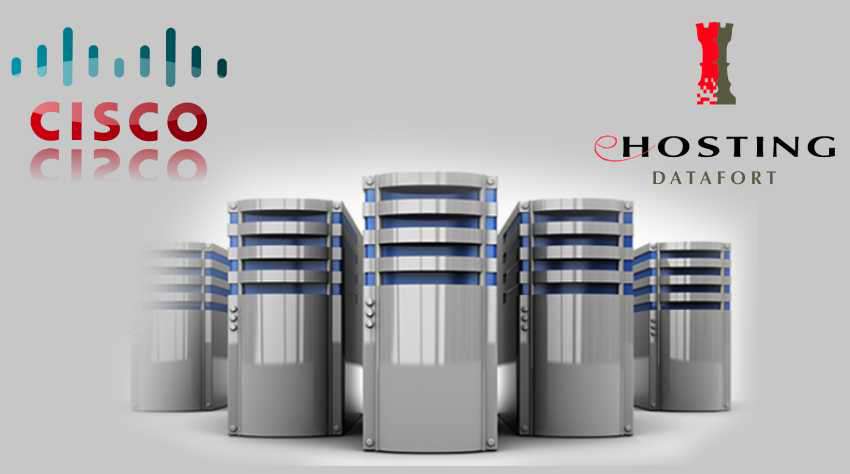 United Arab Emirates (UAE) based managed services & cloud infrastructure provider, eHosting DataFort (eHDF) is planning to deploy Cisco’s Application-Centric Infrastructure (ACI) in one of its Tier 3 data centres, established in 2001. eHDF was one of the first providers of these types of services in the Gulf region, and now eHDF operates multiple Tier 3 data centres in the UAE.

eHDF aims to offer its services on a shared platform to customers such as managed hosting tenants and colocation clients, by upgrading one of its facilities with Cisco’s ACI. The company goal is to create full visibility and integrated management of both virtual networked & IT resources built around application needs. Basically, this will mean smoother operations and improved scalability.Cisco’s ACI is the supplier’s play in the SDN trend.

According to Cisco, “the point is to make the application the focal point of the infrastructure.It claimed that the solution offers speed through automation, allowing application deployment to be accelerated from weeks to minutes.”

Cisco also said, “ACI can unify all parts of the IT infrastructure, including networking, storage, compute, network services, applications and security, enabling customers to manage them as a single entity.”

According to eHDF, “the simplicity that ACI purports to deliver was one of the main reasons for deploying it.”

According to Yasser Zeineldin, CEO at eHDF, “As a leading managed services provider in the region, it is important for eHDF to continuously innovate and deploy the latest technologies to meet the ever-changing needs of our customers.”

“Hence, we opted to deploy Cisco ACI to build a modern and agile software-defined data centre that can accelerate the entire application deployment lifecycle in a simplified policy model. With this implementation, our customers can overall expect improved operational efficiency, greater productivity, increased scalability and improved security.”

Zeineldin also said, “the deployment will allow customers to subscribe to new services and a generation of distributed applications in a simpler way, with similar parity for both virtualized and non-virtualized environments.”

According to Rabih Dabboussi, managing director of Cisco UAE, “The deal announced here shows how Cisco ACI is helping eHosting DataFort on that journey by enabling a wide array of services to optimise their networks and deliver business-enabling applications and services.”

Growth in the region’s managed services and data hosting market has benefited eHDF. nonetheless, the company now faces increased competition from other providers who have set up their own hosting facilities.

As a result, eHDF hopes that its investments in next-generation networking technologies will pay off in the form of market differentiation.