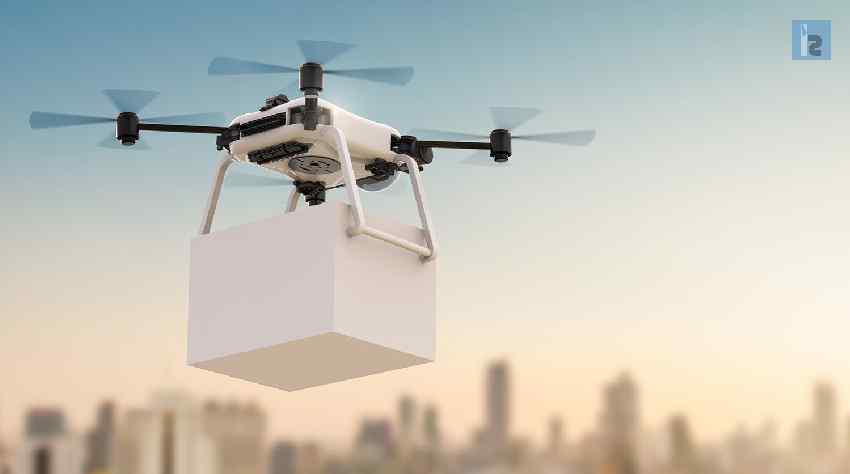 A conventional drone is considered as the most innovative camera device which has an aggressive market demand globally. It includes advanced features of drone which enhances delivery transportation capabilities. The Unmanned Aerial Vehicle (UAV) Technology has been used in most of the drones, and also incorporated into same system.  This technology is completely comprised of aerial mechanism and GPS stability.
DJI Phantom 3 is one of the most popular drones captivating its markets globally. This drone is popularly used as a professional tool in the field of cinematography. Its tech comprises of a gimbal which is (360-degree pivoted camera) support and a high-resolution camera.
How does Drone work?
A conventional drone equipped with a varied division of technologies such as infra-red cameras (military UAV), GPS and lasers (military UAV). A Drone is basically controlled with a remote control system, which is essentially used to control from the ground. In DJI Phantom 3 this technology is being used to examine its performance. Drones utilize a low vibration application which decreases the produced noise and holds lightweight.
Varieties of Drone
A wide range of drones are available varying in sizes and their usage. In which large drones are majorly used for military purposes such as the Predator drone which is an unmanned aircraft which carries fixed wings and requires short runways. These drones are basically used to cover large areas, such as the geographical surveying for filming wildlife in an appropriate method. Another division of drone is known as vertical take-off and landing (VTOL) drone, this drone can take off, fly, hover and land vertically with respect to its mechanism.
Delivery Drone amplifying delivery services
A Delivery drone is a unique transportation medium where goods and transport packages are delivered to the consumers. It is a unified transport solution which offers transformed functionality. It is being used in many sectors such as logistics, healthcare, postal delivery, and food delivery transportation. In logistics, organizations are transferring its goods to the customers. In healthcare, the drone is used as a very vital transport medium which delivers, medicines, vaccines etc., reclaim medical samples into remote locations. For delivering food, drones are highly used as a transportation medium. In postal deliveries, many postal companies are now offering this drone delivery service for smooth and instant delivery process. For food deliveries in UK, Domino’s offers drone delivery service for its food products to get delivered to its consumers.
In today’s scenario, drone technology is considered as most accessible and cheapest to fly. Though, it is heightening the capabilities of the organizations and military equally. Drones are eventually being successful in delivering the last mile for remote services which is implemented by small companies and large internet retailers. Delivery drone is immensely contributing to all the major transport sectors and still acquiring its functioning area. It has become one of the inventive transport systems to deliver goods or packages. Drone is highly recommended by every sector over which they can enrich its transport process.

Facebook and Google are Constructing Undersea Cable to China

Resumes Tips for Women in Business