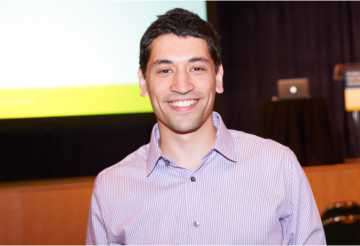 Adam Lyon, Founder & CEO, of The Zebra, is 27 years old youngest American entrepreneur & businessman. Lyons grew up in Pittsburgh, Pennsylvania, where he attended Taylor Allderdice High School. Lyons took classes at a local community college when he was recruited by the Risk Management & the Insurance Department at Temple University. He is a graduate from Temple University in 2009 with a Bachelor of Business Administration from the Fox School of Business. He initially worked in the insurance industry at Lloyd’s of London as an Associate broker. Later, he worked as an underwriter for All Risks Insurance, one of the largest US insurance wholesalers. Lyons became a consultant for Meltwater and helped him to launch the media relations software company that went on to win a 2010 Red Herring Global 100 Award. In 2014, Lyons received the “Empact 100 award” for top companies run by entrepreneurs under 35 at the United Nations. In 2015, Lyons name is added to the Under 30 list of young businessman.
The Zebra is a highly innovative insurance comparison engine, particularly designed to make the process of shopping for insurance easier. Lyon looked forward for investors for new business ventures and partnered with Mark Cuban, who liked Adam’s concepts implemented at Zebra.
Today, the Zebra uses its comparison platform to operate as a licensed insurance agent and has processed more than five million quotes. The company takes a commission every time an insurance policy is sold through its site.
By 2014, The Zebra covered 96 % of the auto insurance market, comparing over 1,800 insurance products from 200 companies in all 50 states. In terms of future plans, the Zebra is focused on expanding into insurance for homes, boats, and RVs.
The site gave plenty of success, but Lyon doesn’t want to be with the same concept. He states that “We want folks to save by bundling, and plan to demystify every personal line of insurance,” and also said that “We started with auto insurance because there’s about $180 billion in premiums written each year, but will expand into other markets within 18 months. We want to be the one-stop shop for everything insurance”.