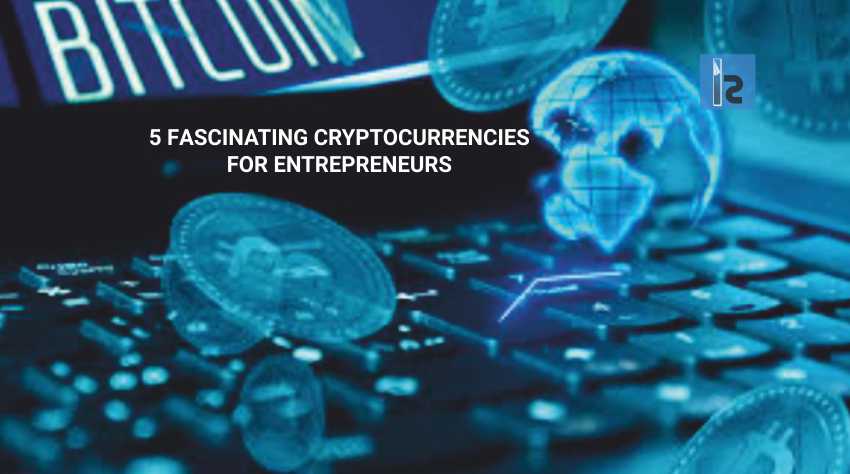 Amidst the successive wave of IoT and Blockchain and other millions of buzzwords in the techno-space, the rise of Cryptocurrency has proven to be a game-changer for the fin-tech sector. The increasing popularity across the world has made it a global phenomenon today. According to Investopedia,“A cryptocurrency is a digital or virtual currency that uses cryptography for security. A defining feature of a cryptocurrency, and arguably its biggest allure, is its organic nature; it is not issued by any central authority, rendering it theoretically immune to government interference or manipulation.”

A fascination for these virtual currencies has been increased in recent years for its revolutionary properties. Cryptocurrencies gave birth to an amazingly dynamic, fast-growing market for investors and speculators. While Bitcoin has become a buzz, there are several other cryptocurrencies that are going to fuel the near future financial scenario especially for the future entrepreneurs. Let’s have a look at some of them:

Ethereum
Ethereum complements Bitcoin, unlike many other competitive cryptocurrencies. The brainchild of a crypto-expert Vitalik Buterin, Ethereum can process complex contracts and programs along with the process transactions. The most significant factor that differentiates Bitcoin and Ethereum is the substantiality of purpose and capability. Ethereum is being used to create custom (trustworthy) crowdfunding platforms, autonomous online organizations and, even their own cryptocurrencies.
Litecoin
If Bitcoin is “gold” and a store of value for a long-term purpose, Litecoin can be seen as the “silver” and a means of a transaction for cheaper and everyday usage. There are total 21 million Bitcoin and 84 million Litecoin in existence till date. It is considered the safest virtual currency for the new entrants to the world of cryptocurrency (learn more about this crypto in this complete Litecoin review). The downloadable wallet of Litecoin is fully encrypted to prevent accidental splurging and computer viruses. Litecoin is considered to be the simplest and easiest network for those who want to transfer smaller amounts of money fast.
Libra Coin
Accordingly to the Dailycoin, the idea of the Libra coin was born in Facebook’s headquarter, in Silicon Valley, California back in July 2019. The ambitious project aimed to become the world’s single digital currency, which means changing the existing financial system.
Despite the fact that Libra Coin is still a theoretical one, the intentions behind it include Libra being the open system. This means that purchasing Libra Coins will be available through digital asset exchanges and not only via its own applications and wallets.
Ripple
Ripple is made to help the banks to make on-demand global payments of any size faster, and cost-efficient. Traditional cross-border transactions require one or several intermediaries which make the process slower. Ripple offers a faster and more direct alternative. This distinctive cryptocurrency allows banks to supply new and improved payment products, simplifying the regular transactions for consumers around the world.
For entrepreneurs Ripple is a decent alternative, because it is backed by so many banks and large financial institutions.
Monero
Monero is an excellent cryptocurrency designed to give individual users full control over money. One extraordinary feature of Monero is that it makes transactions “selectively transparent”. This feature enables the user to control the visibility or accessibility of any transaction. Like any other cryptocurrencies, Monero is decentralized and community-built.
Dash
According to Investopedia, Dash is “a peer-to-peer cryptocurrency that was forked out of Bitcoin to offer faster and more private transactions to users. Dash is the first digital currency with a decentralized blockchain governance system.”
As a decentralized system, Dash makes transactions almost untraceable. Dash, like Bitcoin, creates new blocks with the help of miners. The currency also benefits from Masternodes (which handle transactions).
Dash could be a good currency for entrepreneurs to follow because it has strong backing from the tech community and is highly adaptable.
– Upama Goswami

HubSpot Pricing and Comparison with Other Alternatives

Google, The Research Project that Became an Internet Giant